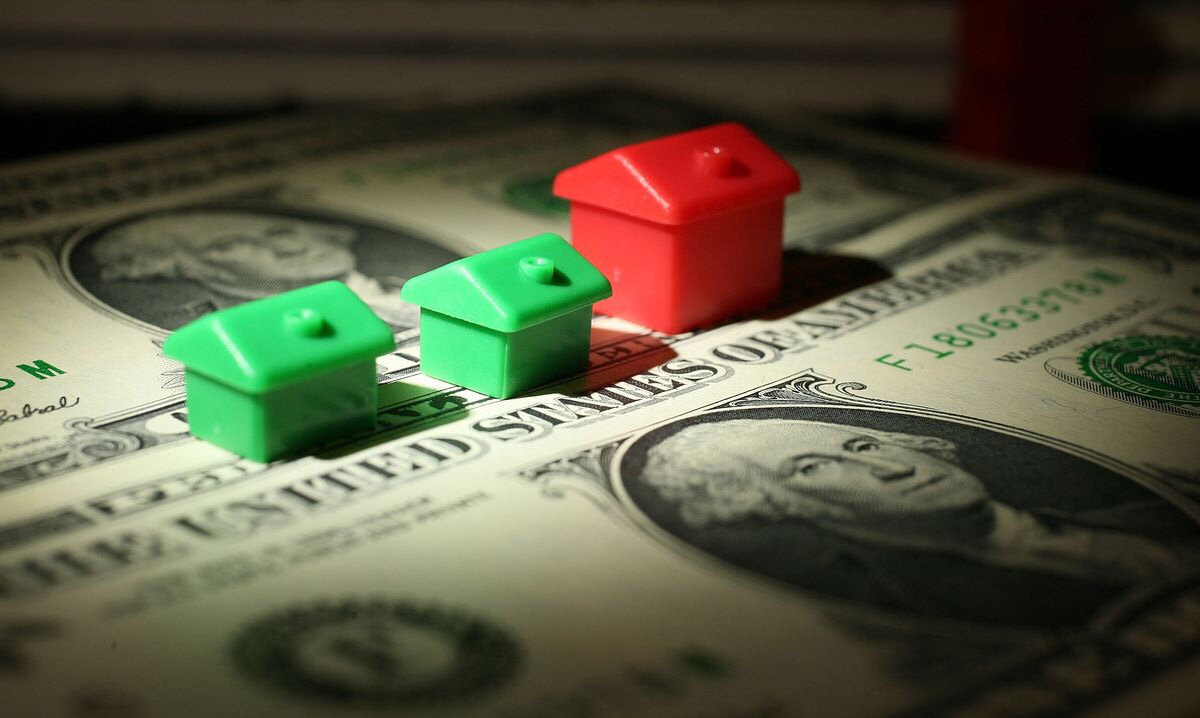 A few years ago, one of Karen Petrou’s banking clients gave her an unusual assignment: It wanted her to write a paper laying out “the unintended consequences of the post-financial-crisis capital framework.” Petrou is the co-founder of Federal Financial Analytics Inc., a financial services consulting firm in Washington that focuses on public policy and regulatory issues. She is also, as the American Banker once described her, “the sharpest mind analyzing banking policy today — maybe ever.” Whenever I’m writing about banking issues, she’s the first person I call.

Writing that paper caused Petrou to ask a question she’d never really considered before: Did the bank regulations enacted after the 2008 crisis — along with the Federal Reserve’s post-crisis monetary policy — exacerbate income inequality? Her answer, which she laid out in a series of blog posts, as well as a lecture at the New York Federal Reserve in March, was yes. “Post-crisis monetary and regulatory policy had an unintended but nonetheless dramatic impact on the income and wealth divides,” she wrote recently.

That particular sentence was in a blog post devoted to a recent study by the Federal Reserve Bank of Minneapolis that evaluated income and wealth inequality from 1949 to 2016. The study certainly seems to validate her thesis. It shows that between 1989 and 2007, the top 10 percent increased their share of the nation’s wealth by just 5.8 percent. But in just the next nine years, between 2007 and 2016, the richest Americans captured an additional 8.3 percent of the country’s wealth. Meanwhile, those in the 50 percent to 90 percent wealth bracket saw their share of the nation’s wealth drop by 17 percent, and those in the bottom 50 percent saw a 52 percent drop. The single biggest variable that changed after 2007 was the way banking was conducted and regulated.

Petrou has written a book outlining her analysis of the problem — and her proposed solutions — which will be published next spring by Yale University Press. Not wanting to wait that long, I visited her recently to get a sneak preview.

JN: Let’s cut to the chase. How does banking accelerate income inequality?

KP: First, as the country becomes more unequal, there are fewer middle class customers. That means middle class bank products become unprofitable, and banks follow the money. And banking regulations make it worse because the capital requirements imposed after the banking crisis make it a lot more expensive for banks to do a startup small-business loan than go into wealth management. Startup loans are riskier than wealth management, of course, but the capital costs have become prohibitive, and banks don’t lose money on purpose.

JN: Can you really blame the banks for behaving in this fashion?

KP: I’m not blaming the banks. I’m blaming the unintended consequences of the rules. I think the rules unduly penalize equality-enhancing financial services.

JN: Can you give me an example?

KP: Thanks to the new capital requirements, it’s basically impossible for banks to make mortgage loans to anyone but wealthy customers, unless they can send the loan to the GSEs (Fannie Mae and Freddie Mac) or taxpayer-backed Ginnie Mae. And the new capital requirements also discourage banks even from sending loans to the GSEs or Ginnie — if the loan to a low, moderate-, or middle-income borrower is kept on the bank’s books, there’s a very large capital charge at the front end; if it’s sold, the bank still has to hold back-end capital in case the loan defaults and comes back to the bank. Nonbank mortgage originators — which have eclipsed bank lending in the last few years — face none of these capital charges, but they also can make no loans they don’t sell on to investors. Their entire focus is on booking loans for an upfront fee and sending them on to these taxpayer-backed entities. Without capital at risk, these nonbanks (companies such as Quicken Loans Inc.) also have a lot less at risk if loans eventually default. As a result, high-risk mortgage lending is making a comeback. Let me be clear — I’m not against post-crisis capital standards designed to prevent lenders from making high-risk loans that put only the borrower or taxpayer at risk. There’s no quicker way to make Americans even less equal than to expose vulnerable homeowners to foreclosure. What I am saying is that now some lenders — banks — are under rules so tough they can’t support equality-enhancing mortgages and other lenders are totally outside the post-crisis “skin in the game” rules designed to end high-risk, predatory lending. This asymmetry redefines the market in ways risky all over again, to both vulnerable borrowers and the taxpayer.

JN: Would you have said that this was a problem prior to the financial crisis?

KP: If I had known to look for it, I would probably have said it was a problem. It’s common knowledge that income inequality in the U.S. has been getting increasingly worse since 1980. But what I’ve been pointing out in some of my blog posts is that it became hugely worse after the financial crisis. Were there underlying issues pre-2008? Absolutely. But we had more of a middle class even in 2006 than we do now. By a lot.

JN: How does the Minneapolis Fed study add to our understanding of the causes of income inequality?

KP: There are a lot of things that helped bring about income inequality in the US – crummy education, the decline of middle-class manufacturing jobs, technological innovation and so on. But if you look at the Minneapolis Fed data, as well as many other analyses, it happens gradually prior to 2008. Then it actually flattens out in 2008 because rich people lost money in the crash, which narrowed the inequality gap. But starting in 2010, the gap widens dramatically. The one really big change are the post-crisis rules. And, very importantly, the Fed also changed the way money moved.

JN: What do you mean by that?

KP: The Fed did two things with huge inequality implications. First, with its massive quantitative easing, it sucked $4.5 trillion of assets out of the banking system. The idea was that it would empty out the bank balance sheets so that they would start to make loans. And that didn’t happen —initially the banks were too weak, and as they recovered, the rules created significant impediments. If you look at who is getting loans it is large corporations, not small businesses. Second, the Fed’s low-interest policy gave rise to yield-chasing. And what has the stock market done since 2010? Everybody who has money has seen their financial assets appreciate dramatically. Everybody who doesn’t have money, which is the bottom 90 percent, what is their principal source of wealth? Houses? House-price appreciation for expensive houses is way up since 2012. But overall, real U.S. house prices are down 10 percent.

JN: Isn’t the role of Fannie Mae and Freddie Mac to take up the slack and make it possible for people to buy homes?

KP: Yes. But they’re not. If you look at the credit scores of mortgages that Fannie and Freddie are buying, they are way up — the average is something like 740, of a possible 850.

JN: What does the Federal Reserve say about your criticism?

KP: I should stress, first of all, that the Fed certainly didn’t set about to make income inequality worse. It is an unintended consequence of its efforts to stimulate the economy while tightening bank regulations — two goals that are fundamentally incompatible. Essentially, though, the Fed denies that it played a role in income inequality. The Fed is always saying, “Look what we did — record low unemployment!” But that is partly because it takes two or three wage earners in a household to make ends meet now. So, yes, you see more employment, but people are really struggling. The whole Fed view of monetary policy is based on the view that if you stimulate the economy, wealthier people will buy a lot of stuff, and companies will have more money to invest in plants and hire more people. And that is totally not happening.

JN: If you were in charge, how would you solve this?

KP: I have two ideas, and they are both hard. On monetary policy, I really think the Fed needs to step back. It has been essentially running the market, and allocating credit, since 2008. And they don’t mean to be. They really don’t. But they are.

JN: What does it mean to step back?

KP: I think it would mean to taper their portfolio far more quickly than they are. If the economy is in a real recovery, why does the Fed still need to hold $4.5 trillion of the funds that should be out working in the economy and keep interest rates below zero in real terms?

JN: How would it help income inequality?

KP: It would normalize markets. People would hold a lot more money in lower-risk assets as opposed to stock equities, which would start to generate more productive economic activity over time instead of just fueling more speculative betting.

JN: And your second idea?

KP: The Fed needs to let interest rates normalize. Right now, what the Fed calls the neutral rate — the rate that drives their thinking  — is about 2 percent. The previous neutral rate had been 5 percent. Think about that on an inflation-adjusted return. Back in the day when Treasury bills were 5 percent or higher, if I had my savings in that, I could make money in low-risk assets. If you have monetary policy where the rate is 2, that combined with the 2 percent inflation, and you will have a permanently impoverished middle class. My main call in my book is that the Fed needs to think about that.

KP: There is one other thing. When the Fed looks at their data, they think everything is great. Unemployment is low, profits are up, and so on. But the median net worth today is $97,000. In 2004, it was $102,000 — which is actually $140,000 in purchasing power today. Look at the difference! I would argue for an inclusive monetary policy that factors in the real world of higher income people not buying stuff, lower income people with huge debt burden, no middle class, and so on. And with 60 percent of American financial assets outside the banking system, a monetary policy system predicated on banks being the means through which the economy is stimulated, well, it just doesn’t work anymore.