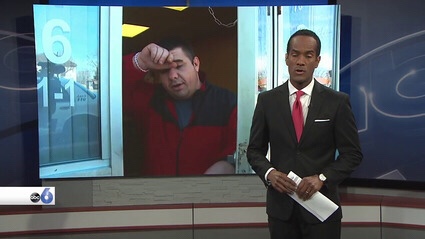 An Ohio police chief who died of a fentanyl overdose allegedly took the drugs from his department’s evidence room, authorities say.

Kirkersville Police Chief James Hughes Jr., 35, was found unresponsive in the bathroom of his Reynoldsburg home on May 25. He was pronounced dead a short time later.

Reynoldsburg Police Department Lt. Ron Wright said the department is still investigating, but evidence shows the drugs were possibly evidence in other cases.

Wright said it appears Hughes took the drugs himself from the evidence room.

“There was packaging that indicated that he was taking controlled substances from there,” he said.

An autopsy was conducted by the Franklin County Coroner’s Office and results released July 13 indicated Hughes died of an “acute intoxication by fentanyl.”

Records from the coroner’s office indicate two syringes were recovered and tested for the presence of substances which may have contributed to Hughes’ death.

Hughes was named police chief on March 13 during a two-minute special village council meeting. His hiring came less than a week after the prior chief, Jeff Finley, had unexpectedly resigned, citing irreconcilable differences with Kirkersville Mayor Terry Ashcraft.

Prior to Hughes’ death, the village had been planning to increase his weekly schedule from 20 hours to 32 hours. He was making $14 an hour at the time of his death.

Hughes’ checkered history was discovered by The Advocate after his hiring in Kirkersville. The mayor and village council members were reluctant or declined to answer any questions about that history, which included a misdemeanor conviction in Whitehall for disorderly conduct for a 2013 incident at a fast food restaurant drive-thru in which Hughes used a racial slur.

The village has not yet named a replacement for Hughes. In June, the village council agreed to provide Hughes’ family with $1,500 to help cover the costs of his funeral. The council was scheduled to meet Wednesday evening.

If the drugs were taken from the property room, no one sold the drugs to Hughes and therefore there is no one for Reynoldsburg police to charge in Hughes’ death, Wright said.

Wright said when the Reynoldsburg department closes the case within the next two weeks, he plans to contact the Ohio Attorney General’s Office.

“It’s kind of gone beyond our level. You’re talking about another agency’s property room,” he said. “We think the state should probably intervene.”

If the attorney general’s office takes the case, Wright said he believes a state-level investigator would be assigned to examine the practices and procedures of the Kirkersville Police Department.

“There appeared to be some practices happening out there that probably someone from the state AG’s office should probably look into,” he said.

Wright said this case shows no one is immune from the heroin epidemic that is impacting so much of Ohio and other parts of the country.

“It’s happening at all different levels and walks of life,” he said.