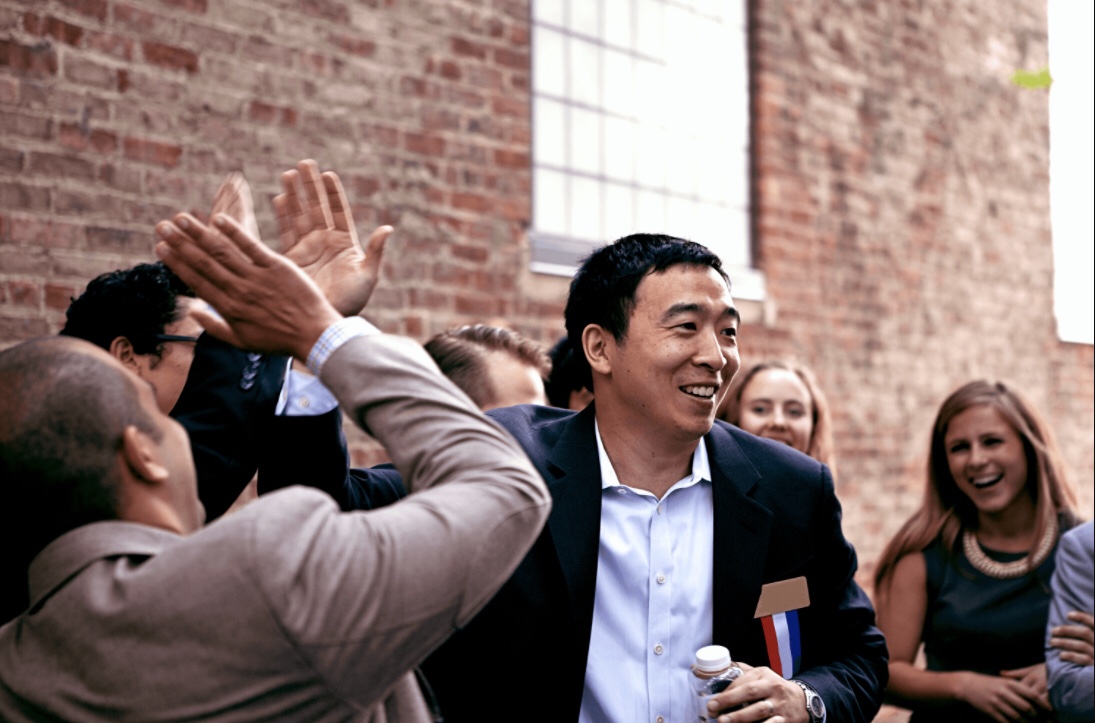 In the first episode of the new “Interesting People in Interesting Times” podcast, recorded March 5th Andrew Yang, tech entrepreneur, founder of Venture for America, and author of The War on Normal People: The Truth About America’s Disappearing Jobs and Why Universal Basic Income Is Our Future, discusses his latest endeavor — vying for the Democratic party nomination to run for President of the United States.

Yang outlines his radical policy agenda, which focuses on Universal Basic Income and includes a “freedom dividend.” He talks about the very real and immediate threat of artificial intelligence, how new technologies are erasing millions of jobs before our eyes, and why we need to put humanity first. He also addresses “the big four” and what he plans to do about Amazon.

During the interview, Yang called out governments inability to address large scale problems and the challenges that technology is creating in modern American society.

“I believe that we need to start owning these realities [of automation and artificial intelligence taking away jobs] and these challenges as a people, as a country, and as a society, and start being honest. I’m running for president to solve the big problems and to show that these things are not beyond us,” Yang says.

Yang’s own plan to address the increasing power tech companies are wielding in the world involves something called a “freedom dividend”, which would paid for by a value-added tax. The revenue from that tax (levied on “gains from the big four”) would be redistributed via the “freedom dividend” to citizens, Yang says.

Yang also discusses his idea for incentivizing social contributions in his vision of a new American society.

“People talk about the things that should be valued, like caring for the elderly, but we don’t pay those people now. Journalism is another example. My plan is to supplement the freedom dividend with a new digital social currency that is meant to map to pro-social activities,” says Yang. “There are many things that the monetary market right now will not value appropriately: raising children, arts and creativity, caring for the elderly, environmental sustainability, even science. Our society does not reward these things appropriately. My plan would be to create a new currency and put the new currency against it. This new currency can be traded in for dollars, but if you [do that] you’d tax it, which no one would do, so you’d hoard them like Amex points. You can trade [these new digital currency points] and have this parallel economy based around things that we know are good.”

Listen to the podcast here: