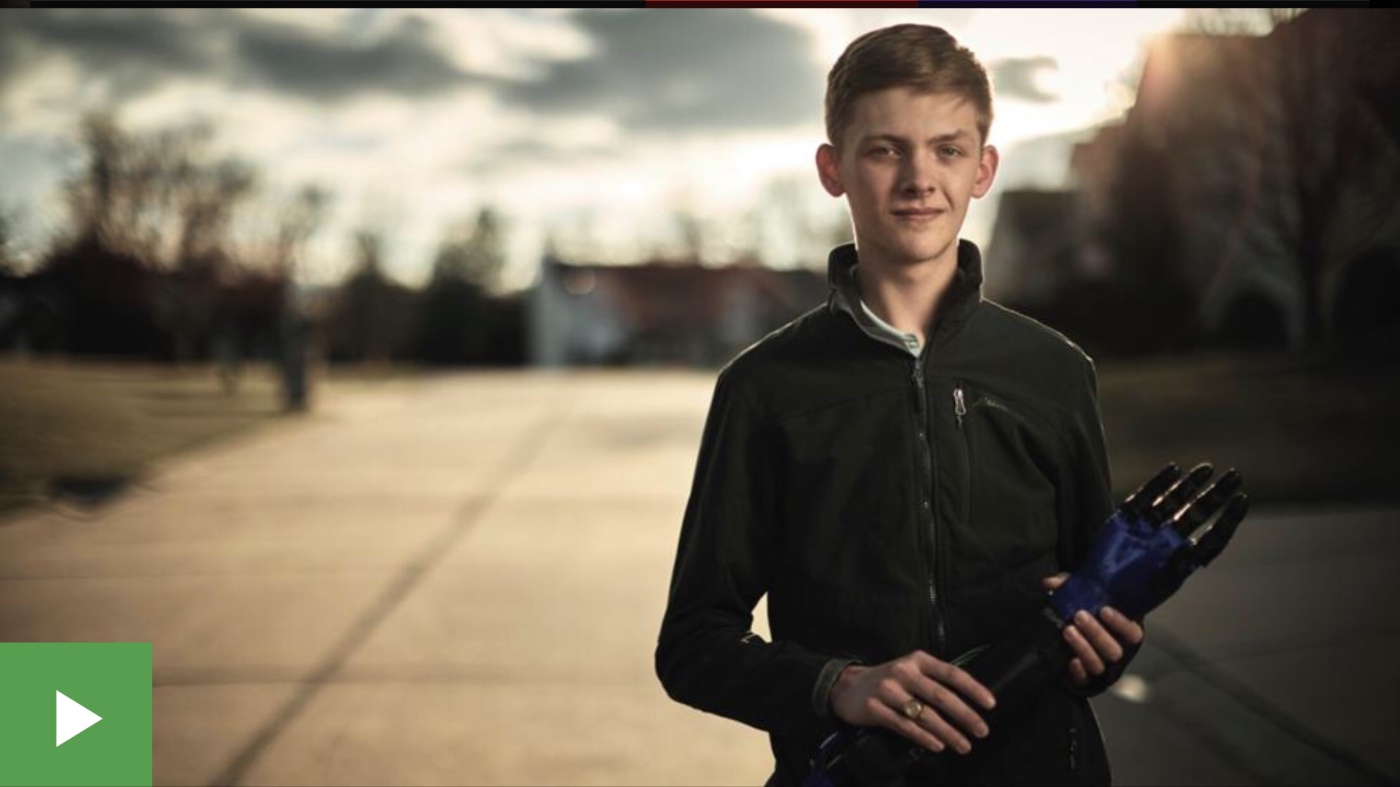 Robbie Frei is passionate about the potential of 3D printing. After all, he’s seen its potential first-hand.

Robbie’s father is a Marine veteran who lost part of his right arm in Iraq. One challenge was that he couldn’t play video games with his children. So Robbie designed a 3D-printed adapter for him. He’s since made the design available for anyone in the world to download. The 18-year-old has heard back from several people who have used the adapter – including a 21-year-old Air Force veteran and a man whose daughter has cerebral palsy.

Since then, Robbie has also made a prosthetic for his dad that not only has fingers and can move, but that, like the adapter, could be affordably 3D-printed.

“You design one thing and can email it to someone else… and you’re helping people all over,” Robbie says. “That’s the power of engineering.”