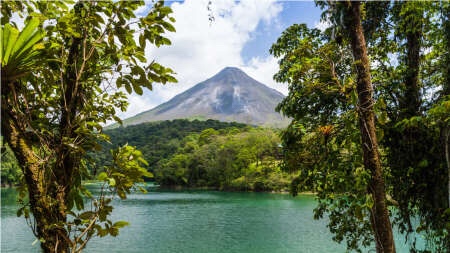 Costa Rica’s green credentials already put the Central American nation near the top of the list when it comes to battling climate change, but if their newly elected President is to be believed, then it’s going to climb higher still.

In his inaugural speech, which he turned up to riding a hydrogen-fueled bus, Carlos Alvarado Quesada announced that he wants to lead Costa Rica to become the first decarbonized country in the world. This will include scrapping the use of all fossil fuels – even those used for transport.

“Decarbonization is the great task of our generation and Costa Rica must be one of the first countries in the world to accomplish it, if not the first,” President Alvarado told the crowd. “We have the titanic and beautiful task of abolishing the use of fossil fuels in our economy to make way for the use of clean and renewable energies.”

There is no doubt that this is an ambitious goal. Even though Costa Rica is widely reported to be generating more than 99 percent of its electricity from renewable sources – relying largely on hydropower, geothermal, and wind – this generally only refers to domestic use.

While that is obviously an amazing achievement, it tends to mean we overlook other major sources of carbon, particularly the cars and trucks trundling along the streets. Now that most households are running off of renewables, it means Costa Rica’s main source of greenhouse gas emissions has shifted to transport. And Quesada now has that sector firmly in his sights.

During his victory speech after he won the election by a landslide last month, he said that he wants to begin the decarbonization of the transport industry by 2021. “When we reach 200 years of independent life we will take Costa Rica forward and celebrate… that we’ve removed gasoline and diesel from our transportation,” Alvarado said.

This target is largely thought to be unrealistic, mainly as the technology still isn’t really there to have a carbon-free transportation system, but many still consider it a great goal to aim for and will likely lay the vital groundwork. The world needs countries like Costa Rica to push on with grand schemes like this to show the rest what can be done and that the Paris climate agreement can be met.