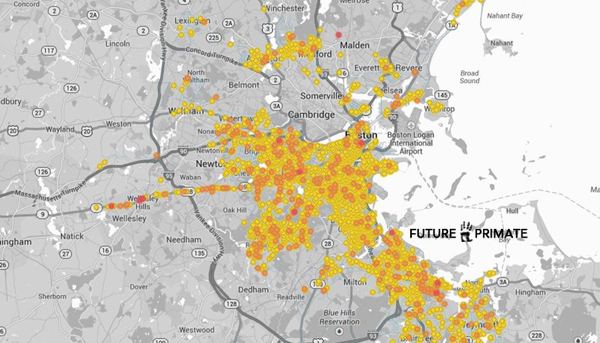 Google has added another item to its lengthy list of services, and this one is something you really wouldn’t expect. Google’s Street View cars that map roads across the world are also being used to sniff out natural gas leaks that are surprisingly common in major cities across the U.S. The Huffington Post reports that Google’s cars were outfitted with air monitors and used to take millions of readings on the streets of Boston, New York and Indianapolis over the past two years as part of a program by Environmental Defense Fund (EDF) aimed at reducing stray methane emissions that contribute to greenhouse gas emissions.

The results? Surprising. The cars detected a significant number of leaks that were previously unaccounted for – including a leak every few blocks in central Boston. The leaks were small, making them relatively insignificant in terms of an explosion hazard. But combined they are creating concerns about emissions of methane, a gas that has an impact on global warming 20 times greater than carbon dioxide. The Huffington Post also notes that the leaks call into question the safety of the larger gas lines that are carrying increasingly large amounts of natural gas across the country.

Production of natural gas in the U.S., most of which is methane, is on the rise because of a drilling boom – causing the network of pipes that carry it to expand quickly and has suppliers scrambling to keep up. “This kind of data offers valuable insights,” Susan Fleck of National Grid, the company that supplies gas to Boston and was involved in the study, told The Huffington Post. “We are taking action, accelerating natural gas pipeline replacement to reduce leaks.”