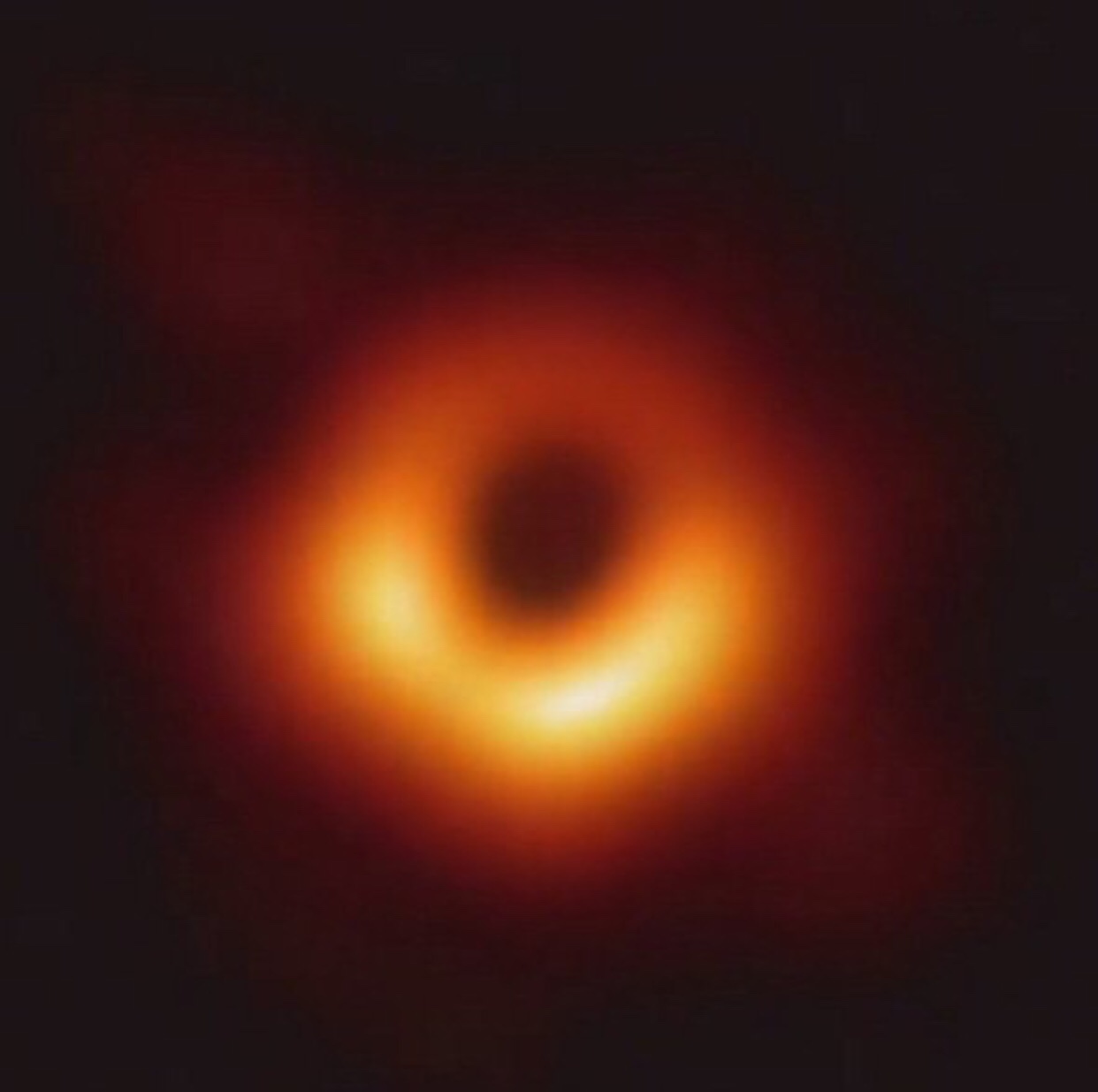 An international team of more than 200 scientists have made history by capturing the first-ever image of a black hole. The much-awaited photo, seen above, was released this morning by the National Science Foundation (NSF) after the agency announced last week that it would be revealing the groundbreaking finding. Previously, the only pictures of black holes were illustrations and simulations that were modeled after everything scientists knew about a black hole’s effect on nearby objects. Since no light escapes these incredibly dense bodies, scientists haven’t been able to directly observe them, let alone photograph them.

But we now know what a black hole looks like, thanks to the Event Horizon Telescope (EHT) project. Researchers linked eight radio observatories around the world to create a “virtual Earth-sized telescope” that was large enough to capture the supermassive black hole at the center of the Messier 87 (M87) galaxy, which is located 54 million light years from Earth. This colossal object is 6.5 billion times more massive than our Sun and has the power to warp space-time and superheat objects in its vicinity.

“We’re seeing the unseeable,” NSF Director France Córdova said in a statement. “Black holes have sparked imaginations for decades. They have exotic properties and are mysterious to us. Yet with more observations like this one they are yielding their secrets.”

The ring you see around the black hole is formed by gas and dust as light bendsin the black hole’s strong gravitational pull. Orange hues were added to the image because the measurements captured by scientists occurred at a wavelength that’s invisible to the eye. As many have pointed out, the end result looks a little like the Eye of Sauron from The Lord of the Rings.

“If immersed in a bright region, like a disc of glowing gas, we expect a black hole to create a dark region similar to a shadow—something predicted by Einstein’s general relativity that we’ve never seen before,” said Heino Falcke, chair of the EHT Science Council.

For more on this groundbreaking achievement, check out the NSF’s news release.