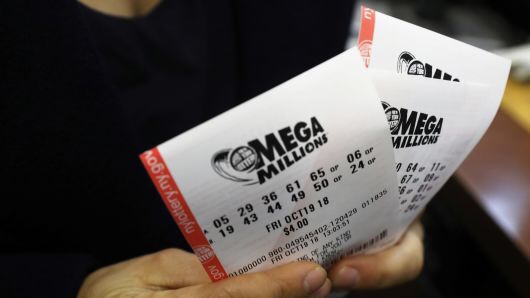 While it’s anyone’s guess who will end up winning the Mega Millions and Powerball jackpots, there’s at least one guaranteed recipient of a chunk of the loot — the IRS.

With the Mega Millions jackpot at $1.6 billion and Powerball’s top prize at $620 million, that tax bill will be hefty even if the winner employs strategies to reduce their taxable income.

“If you have a win of, say, $100,000, it’s easier to minimize the tax burden,” said Cari Weston, director of tax practice and ethics for the American Institute of CPAs. “But when it’s this kind of win, it’s going to be harder.”

The $1.6 billion up for grabs in Mega Millions marks the largest jackpot in lottery history. Your chance of winning it is pretty dismal: 1 in 302.6 million.

If you happen to beat the astronomical odds and hit all winning numbers in either game, be aware that the taxation of your prize starts before even reaching you.

Whether you take your haul as a lump sum or as an annuity spread out over three decades, your win is reduced by a 24 percent federal tax withholding (prior to 2018, the withholding rate was 25 percent).

The immediate cash option for Mega Millions is $904 million. The federal withholding would reduce that by $217 million. For the $354.3 million Powerball lump sum, it would mean $85 million getting shaved off the top.

“I see the withholding as a good thing,” Weston said. “When people come into a lot of money all at once, the last thing they’re thinking about is their taxes.”

However, that’s just the start of what you’d owe.

In other words, hitting either jackpot would mean facing that top rate. You would still owe any difference between that initial withholding and the amount generated by applying that tax rate to your income.

“The key is to be strategic at the front end so you’re ready when tax time comes around,” Weston said.

On top of the federal withholding, you’ll owe state taxes on the money unless you live where lottery wins are untaxed. For states that do take a piece, the rate ranges from a high of 8.82 percent in New York to a low of 2.9 percent in North Dakota, according to lottery site USAMega.com.

Translation: You might pay north of 45 percent altogether in taxes, depending on where you purchased the ticket and where you live.

Nevertheless, if you happen to have gambling losses, you could count them against your windfall. You also would get deductions available to all itemizing tax filers, such as up to $10,000 in state and local income taxes and interest paid on up home loans up to $750,000.

You also could make a charitable cash donation of up to 60 percent (up from 50 percent pre-2018) of your adjusted gross income and carry forward, up to five years, any excess amount. Some lottery winners set up their own charitable foundation and donate a portion of their windfall to it.

However, she said, don’t get too carried away with sharing your wealth without some planning.

The 10 most expensive U.S. tourist destinations

The best time to book holiday travel is right now

The IRS lets you give up to $15,000 to as many individuals as you want each year. Those gifts do not count as charitable contributions or come with any tax benefit to the giver, and they do not generate a tax for the recipient. So if you really wanted to, you could give $15,000 to each of your friends and the IRS wouldn’t even need to hear about it.

Amounts above that, though, count toward your lifetime estate and gift tax exclusion, which is $11.18 million per person (up from $5.49 million pre-2018 and scheduled to revert back after 2025).

That’s how much you can transfer to others, either as a gift during your life or as a bequest after your death, without having the amount subjected to the 40 percent federal estate tax. Additionally, some states have estate or gift taxes.

Given how complicated the tax system can be — coupled with the staggering amounts in the current jackpots — it’s best to enlist the help of experienced professionals to figure out your optimal tax strategies, Weston said.

“I can’t stress enough the importance of sitting down with a tax advisor,” Weston said.