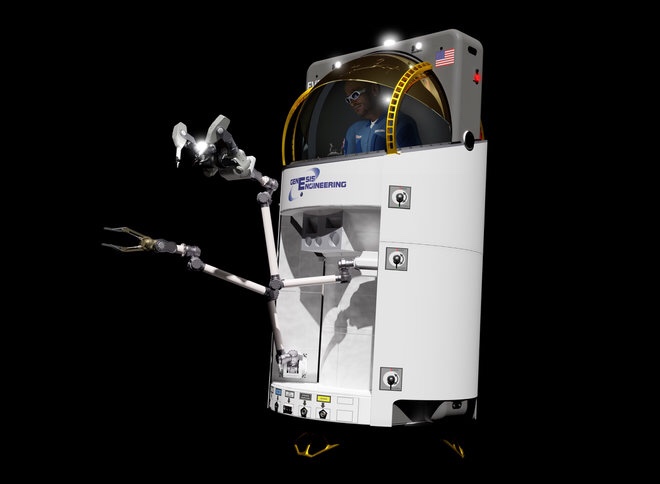 A spacecraft designed to eventually replace many spacewalking astronaut activities passed two key pressure tests in September, representatives from the company building the spacecraft told Space.com in an exclusive interview.

The spacecraft concept from Maryland-based Genesis Engineering Solutions is just big enough for one person; an astronaut would float inside the spacecraft for several hours and use robotic arms to manipulate equipment. Propulsive thrusters would allow the spacecraft to nestle close to a target, similar to NASA’s Manned Maneuvering Unit jetpack that was briefly tested on astronaut spacesuits in the 1980s.

Instead of using a bulky spacesuit to do repairs on NASA’s future Lunar Orbital Platform-Gateway space station, for example, the Genesis spacecraft operator could use the robotic arms while remaining in relative comfort inside of an enclosed cockpit. [Take a Look Inside Lockheed Martin’s Proposed Lunar ‘Gateway Habitat for Astronauts]

But long before it flies in space, the Genesis spacecraft must pass several key tests on the ground. 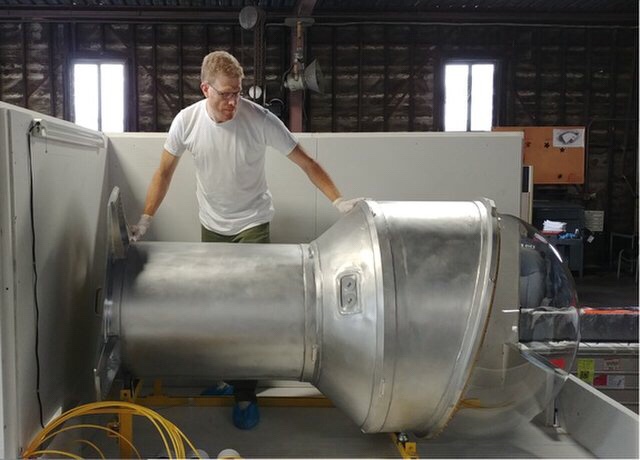 A technician at Genesis Engineering Solutions readies a prototype of its single-person spacecraft for pressure testing.

One of them is ensuring that the spacecraft can hold pressure. Genesis engineers performed the tests in early September at the facility of their manufacturing partner, AMRO Fabricating Corp., in the greater Los Angeles area (South El Monte). AMRO is also manufacturing panels for NASA’s and Lockheed Martin’s human-rated Orion spacecraft, which is supposed to bring astronauts to the moon in the 2020s.

“We passed the overall pressure test, and we passed the leak test, and what we’re trying to do as a test philosophy is to look at all those things we can test on the ground to save money,” Griffin said.

In February, Genesis announced that its spacecraft successfully passed an underwater “fit” test in which scuba-diving volunteers swam into the spacecraft while it was immersed in a pool. Volunteers of different heights and weights attempted to get inside and operate the controls. This was done to demonstrate that the spacecraft can fit a standard range of human body types.

Later this year, Genesis plans a ground-based propulsion-thruster test. While most of the spacecraft’s components are easily available commercially, these thrusters needed to be custom-made in house and will require certification, Brand said. Next will come tests of the robotic manipulator system, which will be done in partnership with SRI (formerly the Stanford Research Institute.) SRI is known for creating robotics so sensitive that they can be used for defusing bombs, Brand said. 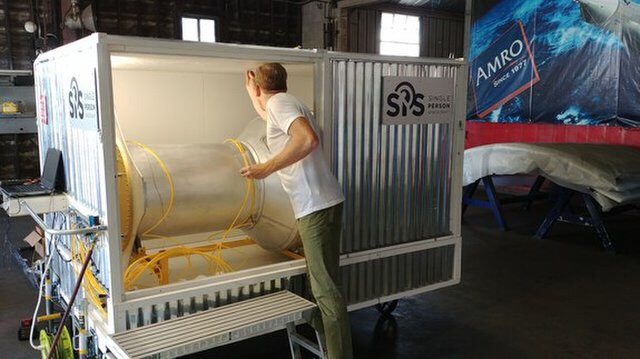 A technician at Genesis Engineering Solutions does final preparations of its single-person spacecraft ahead of the pressure leak tests.

The spacecraft concept from Genesis Engineering Solutions draws from decades of development and past ideas going back to at least the 1950s. While the company hasn’t disclosed a flight date yet for its spacecraft, it is hoping to port the craft onto a rocket for a test while the International Space Station is still active. (Space station funding from NASA currently goes until 2025.)

One possible partner is Sierra Nevada, whose Dream Chaser spacecraft is contracted to take on six NASA space station cargo missions by the end of 2024. Genesis would piggyback on the same Atlas V rocket carrying Sierra Nevada, for deployment in a different direction than Dream Chaser’s trajectory. Genesis and Sierra Nevada have a “memorandum of understanding,” and discussions are ongoing, Griffin said.

Even if the Genesis spacecraft flies on another rocket, Griffin says the spacecraft is designed to endure the launch loads from just about any rocket that travels to the space station. However, the key is for the spacecraft to never make it all the way to the orbiting complex itself.

“The space station is like a gated community. There are all these requirements you have to meet to get in, and they don’t like things flying around,” he explained. “We would separate before they even deliver the cargo to the space station and do it [our tests] where we’re not in the air traffic of [the] space station.”