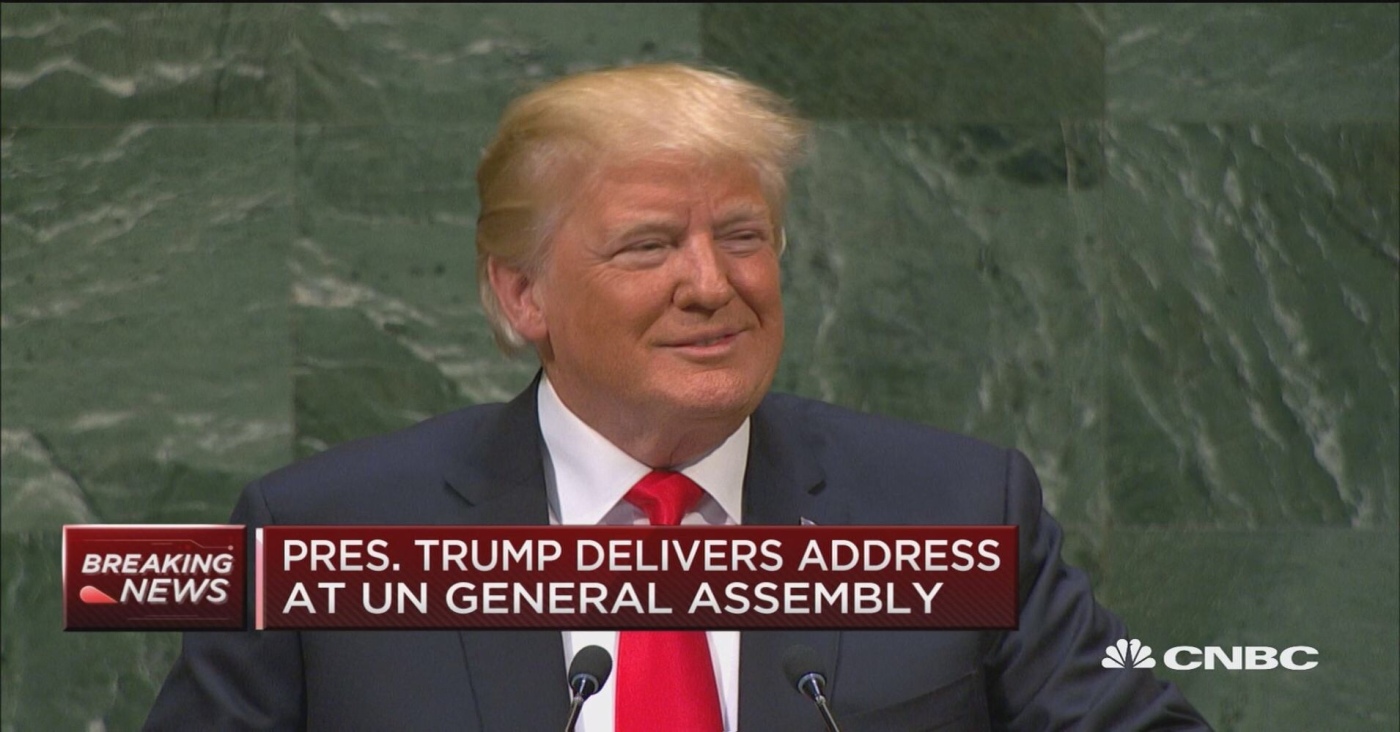 President Donald Trump‘s boast about his administration’s accomplishments provoked chuckles from an audience at the United Nations on Tuesday.

Trump, in his second address before the U.N. General Assembly in New York, bragged that his administration “has accomplished more than almost any administration in the history of our country.”

It’s a line of rhetoric Trump has repeated often in interviews and at campaign-style rallies during the second year of his presidency. But this time, the claim was not met with applause.

Trump’s audience first reacted to the statement with muted laughs, prompting the president himself to follow up with levity, as well.

“So true,” Trump said as he cracked a smile, which in turn raised the volume of the laughter in the General Assembly hall.

“Didn’t expect that reaction, but that’s OK,” Trump said wryly, scoring the loudest response from the crowd of global representatives.

Trump has long decried past U.S. leaders — especially his predecessor, Barack Obama — for showing weakness on the world stage. In 2014, he tweeted, “We need a President who isn’t a laughing stock to the entire World.”

Some political insiders and journalists suspected that Trump would fixate on the reaction he got during the speech.

About two hours after his speech, Trump re-tweeted reactions from some of his most committed advocates.