Watching a business grow is like watching a child grow. Certain characteristics take you by surprise.

That’s how Luis Segura says he and his wife Leanna felt watching their fresh food business bloom in Lindsay, Ont.

“You see all those little things, those little characteristics that start to shine and come out,” Luis said. “I think that’s what’s happening with the business too. Our catering at first wasn’t a big thing, but now, it’s become a staple in our day-to-day procedures.”

The growing pains of their store, Fresh FueLL, have been eased by Ontario’s basic income pilot project — which Ontario’s new government has said it plans to cancel. The couple had been receiving about $800 a month to spend on whatever they choose.

“I think for most businesses when they start up, there’s always that gradual build up until … the machine is fully running,” said Luis. “Which is why basic income has been a blessing to us.” 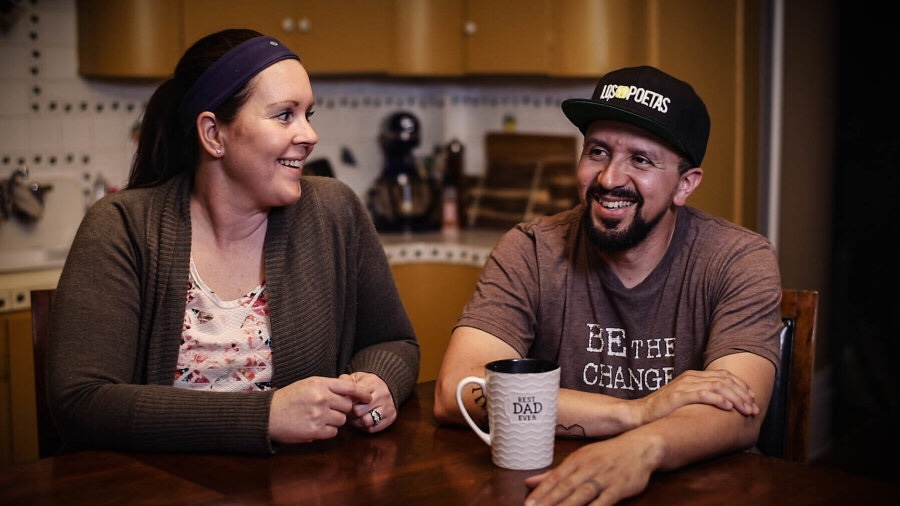 The pilot project meant an immediate boost to the Seguras’ business. “Once the basic income came to Lindsay, we noticed that our customers were spending more money, and we have more people coming in day in and day out,” Leanna said.

Through the pilot project, the Seguras and others like them helped to test an assertion that basic income supporters are increasingly making: That not only would it greatly reduce poverty, but it would be good for business as well.

Toronto-based entrepreneur Floyd Marinescu certainly believes that to be the case. When Marinescu was in his twenties, he took his life savings and bought a rental property with it. The rent it generated gave him a permanent income, and with it, the freedom to do what he wants with his life.

“It gave me the confidence to start my own business,” Marinescu said. “When we feel safe, we take more risks.”

Today, Marinescu is the founder and CEO of C4Media, a Toronto-based company that produces news and conferences for the software industry. It employs about 50 people in eight countries and generates what Marinescu described as an “eight-figure” annual revenue.

He is also a vocal advocate of the basic income, which he — like a growing number of other entrepreneurs — says is becoming increasingly necessary in an age where jobs are rapidly being replaced by automation, and in a globalized economy where many workers in the developed world find themselves competing with much cheaper labour abroad.

“We need a basic income to survive, to not evolve into some kind of ‘Hunger Games’ society, where there are not enough high paying jobs to meet society’s needs,” he told HuffPost Canada by phone from Toronto.

But more than that, for Marinescu the idea holds out the promise of being a great equalizer of opportunity: With a basic income, the sort of lucky break he got in his youth would in essence be available to everyone.

The Seguras seem to have proven Marinescu’s point. In July 2015, two years before the basic income pilot project came to Lindsay, Leanna dreamed up a place for busy parents to pick up healthy food for their kids. She opened the doors of Fresh FueLL just five months later.

They took on debt to fund their venture, and even decided to sell their home and rent, in order to finance Fresh FueLL. Covering business costs while keeping the bills paid at home was a source of stress, until the basic income came along.

Since then, the cash from the pilot program took care of costs at home — the Seguras have four young children — and store revenue could be reinvested back into the business. They expect Fresh FueLL to turn a profit for the first time this year, and are already eyeing the possibility of expansion.

The ‘democratization ‘ of business startups

That’s exactly what Marinescu expects to happen. “People who have an entrepreneurial bent will be unleashed with a basic income, and everyone else will be able to afford to take the risk of time for retraining, or moving to other cities where more jobs are,” he said.

He’s not the only entrepreneur who feels this way. A growing number of startup founders, venture capitalists and other “risk-takers” in the business world are coming around to the idea that not only would a basic income mean a more just society, it would mean a stronger economy because of the boost it would give to business growth and consumer buying power.

And according to Jim Pugh, founder and CEO of the Silicon Valley software firm ShareProgress, a basic income would change the face of entrepreneurship itself.

“You look at people who are founding companies, a very large percentage of them come from a well-off background,” Pugh told HuffPost Canada by phone from Oakland, Calif. “They come into this with a fair amount of resources available. That makes it far easier to take risks.”

That lack of diversity among business founders means many problems in society that could be solved aren’t being solved, Pugh says. For instance, there are relatively few startups involved in pregnancy and child care services.

“Most of these (entrepreneurs) haven’t had kids,” he says. “It doesn’t occur to them that this is an area where we need solutions.” A more “democratized” entrepreneur class would mean a wider array of problems being solved, he argued.

Halfway around the world, in India, an experiment with unconditional cash transfers that took place several years ago managed to turn a population living in near-slavery into communities of independent small-scale entrepreneurs.

With financing from the United Nations children’s fund (UNICEF), a women’s labour union ran an “unconditional cash transfer” experiment for 18 months in eight villages and one tribal region in Madhya Pradesh state, from 2011 to 2012. On top of social security benefits, recipients got 200 rupees (C$3.80) per month — a pittance by Western standards, but not bad given three-quarters of the local population were living on 20 rupees a day, or less.

According to Sarath Davala, the researcher who supervised the project, the payments completely transformed the local economy and society.

Most households had given up on cultivation because of high costs, and many were indebted to local landlords who controlled much of the wealth. Workers spent much of their lives working off their debt — a cycle that Davala described as “almost like bonded labour, a new form of slavery.”

With the cash transfers, that changed.

Instead of borrowing from landlords, they were able to borrow small sums from friends and family within their community, a kind of micro-lending made possible by the increase in cash in the community, and the certainty that the borrowers would be able to pay the money back.

Many people — particularly women — got back into farming, buying goat and buffalo livestock.

“To have a goat is like having money in the bank. You can sell it anytime,” Davala said. “The livestock almost doubled in some villages.”

The cash transfer experiment ended in 2012, but researchers went back four years later to see if any of the effects remained. They did.

People’s behaviour was permanently changed by the experiment, Davala said — for instance, the shift to more diverse sources of food during the cash payments remained in place. “By and large, they tried to maintain that.”

India’s situation is a far cry from the Ontario cities that, for a time, received a basic income. But its experience suggests that a basic income could boost business activity, and encourage entrepreneurship, in even the parts of the world facing the greatest economic hardships.

Pugh concedes that is a possibility — but it would depend on the specific job.

“In theory a company could pay less and take home pay would be same, but on the flipside if (employees) are getting that basic income separate from their employer, that increases their bargaining power as employees.”

While pay might sink for some more-desired jobs, “you may also see companies increase their pay because people aren’t being forced to take whatever job,” Pugh said. “Less attractive jobs may need to pay more.”

“If I was McDonald’s I might be shaking at the knees,” Marinescu said. “I think wages might actually go up in environments that are not great.”

And he offers another angle to the issue: The ability to pay employees less could open up entire new fields of activity that aren’t happening today because labour costs are too high.

“We would actually see a new economy of ‘quasi-volunteering’ where people take a low salary because they believe in what the business is doing. Such an economy is not feasible today,” he said, and it could completely reshape startups and the non-profit sector.

But one of the biggest challenges in moving forward with a basic income would be convincing the business community that the idea can, in fact, be a net benefit.

“People who have an entrepreneurial bent will be unleashed with a basic income.”

“Even if the profit margin goes down, the gross profits are higher. The business is bigger, and when businesses are bigger, they’re safer.”

Still, Marinescu concedes that some business owners “may not immediately come to this conclusion. There’s a knee-jerk reaction to higher taxes.”

For the Segura family of Lindsay, there seems to be little doubt about the business benefits of a basic income. Prior to the project’s cancellation, Leanna and Luis bought an aging, boarded-up food truck. They planned to give it a makeover this summer, replace the windows and brand it in Fresh FueLL red and green.

The idea was to park the truck in neighbouring towns to “see what the market says.” If they liked what they heard, Fresh FueLL would be on its way to a second location.

In the wake of the basic income’s cancellation, the Seguras remain optimistic.

From the beginning, they tried to use the money as a “catapult” rather than become dependent on it, Luis said. They plan to save the next few payments and “pretend they’re not even here.

Basic income fast-tracked their journey from breaking even to profitability to expansion, the Seguras said.

“I feel this program can assist a lot of people that come up with great ideas… that just need that little bit of safety net to … start their own business and see it flourish,” Luis said.