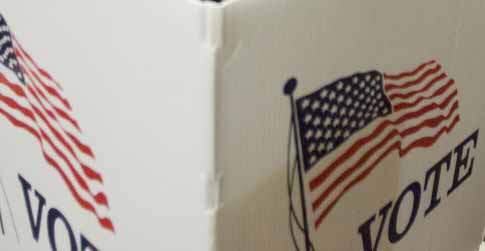 In the battle between socialism and capitalism, Democrat presidential hopeful Andrew Yang says he doesn’t have to pick a side.

Yang, 43, is a New York tech entrepreneur who visited Iowa this weekend as part of his 2020 presidential campaign. He’s putting forth a vision for what he calls “human capitalism,” while also calling for a long list of policy reforms championed by socialists.

“People see capitalism and socialism as at odds with each other. The truth is we need them both in certain arenas. I’m someone who wants to evolve capitalism to its next stage for the fact that we’re dealing with unprecedented technologies,” Yang told me last week.

Yang is founder of Venture for America, a nonprofit supporting entrepreneurs which he claims has launched dozens of companies and created 2,500 jobs. He’s also the author of the new book “The War on Normal People.”

Many candidates for office intentionally keep their policy positions brief, especially in the early stages of a campaign. It’s a strategy meant to minimize political baggage on contentious issues. Yang has a radically different approach. His campaign website boasts a list of 72 wide-ranging policy points, most with substantive explanations.

At the center of Yang’s campaign is a proposal for a universal basic income, a guaranteed $1,000 monthly payment to all American adults. It’s an idea he gleaned from technologists and labor leaders alike, who believe automation will make millions of American jobs obsolete in the coming decades.

“People’s labor is less and less central to the economy, and it’s one reason people are angry and they’re suffering. They just can’t make ends meet. I want to redesign our economy in a way that will enable Iowans and Americans to flourish and prosper and lead fruitful careers and provide for their families,” Yang said.