We’ve been told many times that marriage is good for your health; on average married people live healthier, longer lives.

But a new study suggests that if the marriage is a bad one, the opposite is true. And husbands seem to be more affected than wives.

Researchers at the US universities of Nevada and Michigan monitored 373 heterosexual couples over the first 16 years of their marriage to see whether disagreeing about topics such as child rearing, money, in-laws and hobbies had any negative health implications.

Researchers then compared the health of wives and husbands who reported a greater number of conflict topics to those who reported fewer.

The results showed that marital conflict negatively affected health for both husbands and wives, although conflict had a greater impact on men.

Previous research has concentrated on the health benefits of marriage with studies finding that people with high blood pressure, cholesterol and diabetes all fared better if they had a spouse. Survival rates for heart attacks were also improved. 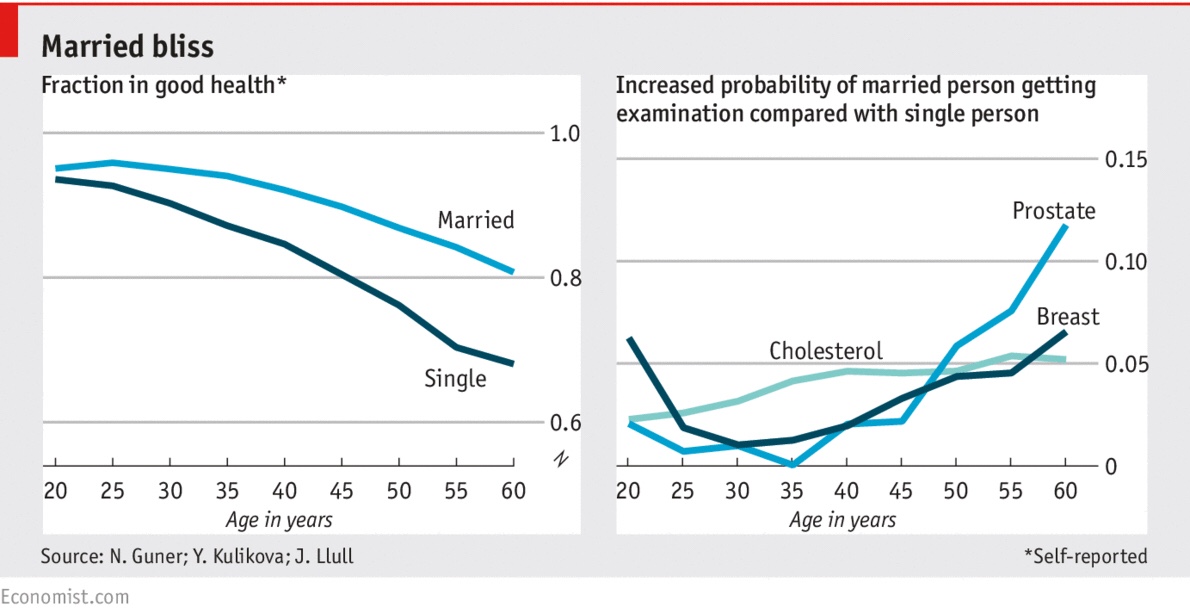 There is also evidence that married people see a doctor earlier than single people with the same symptoms which has a beneficial impact on survival rates.

Just as a good marriage can apparently bring a variety of health benefits, a bad one can negatively impact in a number of ways.

Conflict in a relationship can lead to responses in the body such as inflammation, changes in appetite and increased release of stress hormones, all of which can affect aspects of health ranging from heart function to the immune system.

“Experiencing a great deal of conflict in a relationship is very damaging to health, as are negative health behaviours like smoking and drinking,” says Rosie Shrout, who presented the results of the study at a conference in Colorado.

“It’s not the act of walking down the aisle or signing a marriage licence that is beneficial for health – it’s what spouses do for each other throughout the marriage … Conflict can be particularly damaging for health if spouses are hostile or defensive during disagreements or if they are arguing about the same topic over and over again without any resolution,” says Shrout.

Veronica Lamarche, a professor of psychology at the University of Essex told the Guardian that bodily responses to relationship conflict can cause long-term damage.

“It isn’t the case that a single fight in a relationship will irreparably harm your health, but frequent fighting over many years will take a toll – it’s important to work on communicating with each other effectively to help minimize conflict.”