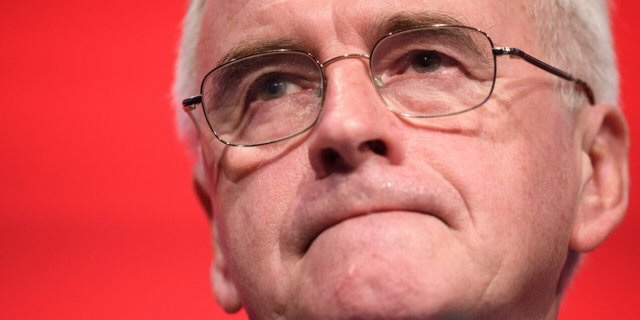 Labour is set to include a plan for the radical policy of a universal basic income in its next manifesto for a general election, John McDonnell has told The Independent.

The shadow chancellor – one of Jeremy Corbyn ‘s closest allies in Westminster – said a Labour-commissioned review into the policy, which aims to transform the welfare state, is expected to be published in the autumn.

The concept, which involves ditching the traditional means tested benefits and replacing them with an unconditional flat rate payment to all citizens, has been trialed in various parts of the world, including Finland and Canada.

Mr McDonnell revealed he had recently discussed the idea with former Labour leader Ed Miliband, who was “really keen” on getting a pilot of the scheme in the next manifesto.

Asked whether he could envisage a pilot of basic income forming part of Labour’s next blueprint for government, he replied: “It’s one of those things I think we can get into the next manifesto and see, it’s worth a try. There have been pilots elsewhere. I’m trying to wait for the feedback.”

Last year, Mr McDonnell had told The Independent that Labour had set up a working group to investigate the feasibility of a basic income – led by one of his economic advisers, Guy Standing. During the height of the attempted coup against Mr Corbyn in 2016, the shadow chancellor also suggested he could “win the argument” on the idea within the Labour Party.

In the interview with The Independent , Mr McDonnell continued: “If you look at what’s happened elsewhere in other countries – and I think Scotland is looking at it as well – they are doing it on a small geographical basis in particular towns. Guy is looking at that now and coming forward with proposals.

“It will be thrown into the discussions about the next manifesto – that’s one of the ideas that a lot of people are pressing for.”

While the finer details of such a pilot are expected to be set out at a later date, a year long scheme involving 2,000 participants was launched in Finland in 2017 with each individual receiving a €560 (£490) monthly basic payment, equivalent to £5,880 a year.

A poll last year by the Institute for Policy Research at the University of Bath suggested that nearly half of all Britons (49 per cent) would back such a scheme and proponents include the prominent billionaires Mark Zuckerberg and Richard Branson.

Advocates argue that the policy is more effective in reducing poverty while the acceleration of artificial intelligence, which risks reducing the amount of jobs available, could make experimentation with the radical idea important in the coming years.

Elsewhere in the interview, Mr McDonnell also revealed that he had found the party’s growing row over antisemitism as “personally upsetting” and said a protest outside parliament earlier this year which had been organised by the Jewish community had cut him “to the core”.

He said he hoped to resolve the issue which has gathered in its intensity within the party by September – ahead of the first meeting of the Parliamentary Labour Party (PLP).

Asked what Labour’s “low point” had been during the last year, Mr McDonnell replied: “That’s been the antisemitism, undoubtedly. I thought we had got to a position where we are able to move on – we’re not – we’ve got to resolve that by September.

“The discussion is taking place I think that will enable that to happen.”

Pressed for his thoughts on a demonstration earlier this year in Parliament Square, in which hundreds of Jewish people gathered to demand the Labour leader tackle antisemitism in the party, Mr McDonnell said it was “deeply, deeply upsetting”.

“I can’t tell you how upsetting it was,” he added. “It really cut you to the core, it really did. You have work these things through.”

He continued: “The issue for me is that it’s upsetting but partly because you think how have we got ourselves in this situation, we’ve got to get this sorted it out but also in the life experiences of members of the Jewish community, while we have these disputes going on in the media and elsewhere, there isn’t sufficient campaigning on the ground to tackle those.

“The report this week [by the Community Security Trust, which monitors antisemitic incidents in the UK] – although it’s not the highest level, that was in 2016 and a few years before – there is still a really high level of antisemitic incidents reported. We’re talking about thousands of incidents, and the incidents are around the daubing of Jewish cemeteries, Jewish schools haven’t had security that’s what is distressing about it.

“You just want to get on with the job of tackling antisemitism – what we should be doing now and I hope we can do is working in individual communities identifying where the peaks are in terms of the antisemitic incidents, working with the community about how we tackle those that includes working with the police.”

On Brexit , he added that there will “almost certainly” be a debate on Brexit at Labour’s annual conference in Liverpool this September after the issue had been raised at union conferences and Constituency Labour Party meetings across the country.

“There will be a range of policy debates and Brexit is bound to be one of them,” he said. “There’s bound to be debate this year.

When pressed on the prospect of a fresh public vote on the final Brexit deal – something Labour has consistently refused to rule out – Mr McDonnell said that while the party is “always up for some form of democratic engagement” his preference would be for a general election.

“On a general election you’re deciding the issue but also you’re deciding the team,” he said. “My own view at the moment – this week we’re in a situation where the prime minister, the secretary of state for health, [the Brexit secretary] Dominic Raab, have all said we’re stockpiling medicines, stockpiling food in case there’s a no deal – that’s how bad it’s got.

“My view is that they should just move over and let us start the negotiations. If they are not willing to do that – general election and let’s decide.”

On Labour’s failure to explicitly rule out a fresh referendum, he explained: “Why not? It’s not our policy, it’s not our policy and the worry I have, if you look at the opinion polls, split down the middle still – absolutely split. There’s been movement either way. My worry is that if you go for another referendum we could have an equally spilt vote and divide the country all over again.”

Mr McDonnell added that his greatest fear with a second vote would be the “rise of the xenophobic right”, adding: “We’ve already seen that on the Tommy Robinson marches, which has been on a scale that has shocked people and certainly surprised people.

“I think there’s a real problem,” he said. “It could be really dangerous if you split the country again and allow that xenophobic right to exploit the issue again. That’s why I’d rather we had a general election and again – as I say – in a general election you’re debating all the issues but you’re also choosing the team who will then go and negotiate.”

In the coming months Mr McDonnell said he will be doing what has been promised as an anti-austerity tour of the country in areas he believes the party should have won at the previous election and regions where the party could win next time round. And as part of the Labour’s preparations for the ultimate goal of holding office, he said a Queen’s Speech, linked to a first Budget, was also being planned.

But when asked whether he thought the public viewed him as Chancellor-in-waiting, he replied: “You know, I don’t think the public know who I am. We’ve done some polling, as you do, and drilled down into the polling about who knows who. Philip Hammond and myself are hardly recognised – we’re on the same par.

“For me, I’m not bothered about personal recognition, it’s whether they understand our policies.

“I’m not bothered whether the general public recognise me – we’re not into personality politics. It’s the Tony Benn thing: policies rather personalities. What I am more interested in is making sure people understand our policies, support them, and also we can convince them we have the capability to deliver. In some ways that means being seen as a team overall.

He said it’s “not about do I get recognised in the street”, but added: “I do a lot. What’s interesting is that people sit on the Tube opposite, looking at me thinking I know him from somewhere and thinking am I a family member – and it’s really funny.”