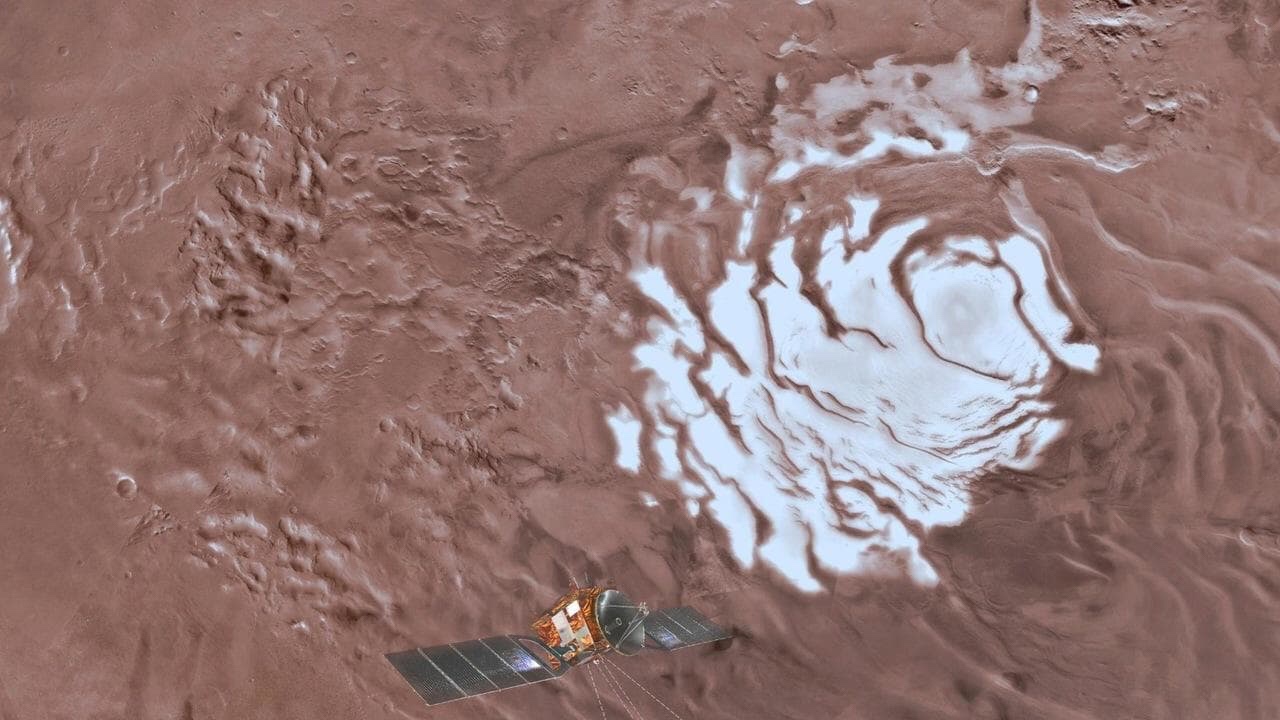 Scientists have uncovered a “a stable body of liquid water” on Mars, in what some are calling a “game changer” in the search for alien life.

What is believed to be liquid water is sitting below Mars’ southern polar ice cap and is described as a “well-defined, 20-kilometer-wide zone.” 20 kilometers is roughly 12.5 miles.

The findings, which are published in the journal Science, were made possibly by Mars Advanced Radar for Subsurface and Ionosphere Sounding (MARSIS), an instrument that resides on the Mars Express spacecraft. MARSIS surveyed Mars’ Planum Australe region between May 2012 and December 2015 and utilized radar pulses, sending them through the surface and the polar ice caps, ultimately measuring how the radio waves came back.

The pulses that came back created the aforementioned “well-defined, 20-kilometer-wide zone” and found that the radar reflected the brightness of the liquid water. The study’s abstract notes that it is surrounded by “much less reflective areas,” a sign that it is indeed water.

The team that wrote the study, including lead author Professor Roberto Orosei, have ruled out any other causes for the brightness.