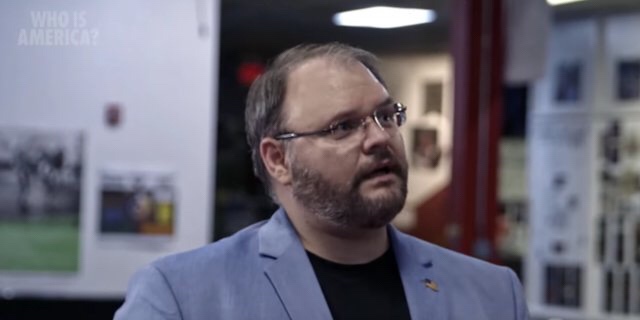 A Georgia lawmaker who yelled the N-word and bared his butt in an effort to “fight off terrorists” on the comedian Sacha Baron Cohen’s new TV show has sought to explain his actions.

In a long statement to The Washington Post on Monday addressing the footage, Jason Spencer said that Cohen took advantage of his “paralyzing fear” that his family would be attacked and that Cohen manipulated him into humiliating himself.

In Sunday’s episode of the show “Who Is America?” Cohen adopted the disguise of an Israeli counterterrorism expert to give Spencer, a Republican state representative, what he believed was a lesson in fighting off terrorists. 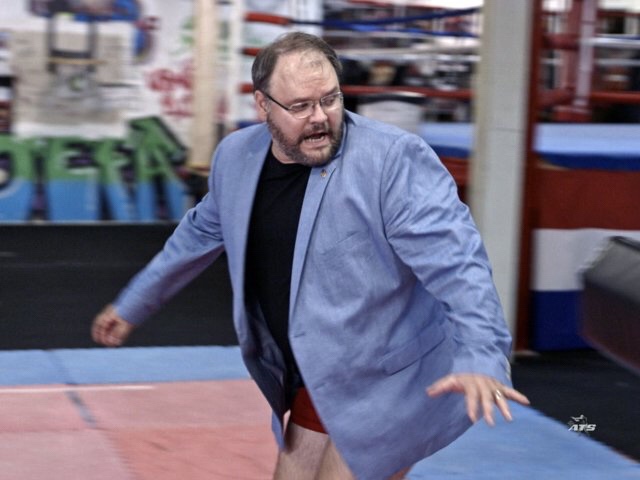 Spencer ran buttocks-first toward Sacha Baron Cohen in an attempt to learn a “technique” to scare off members of the terrorist group ISIS. Showtime

The segment included ridiculous advice, such distinguishing terrorists from non-terrorists by posing as a Chinese tourist and using a selfie stick to take upskirt photographs of people wearing a burqa or niqab.

Another “technique” saw Cohen prompt Spencer to scream the N-word to “attract attention” and save himself from being kidnapped.

Lastly, Cohen recommended scaring off members of the terrorist group ISIS by running toward them buttocks-first in a bid to turn them into a “homosexual.”

Spencer went along with these techniques, donning a fake Chinese accent as he pretended to be a tourist and later exposing himself and running toward Cohen, yelling “‘Merica.”

Here is the segment in full:

Amid backlash to his actions on the show, Spencer texted the statement to The Post, saying he was acting in response to fear for his and his family’s lives. He said that he had “received countless death threats” and that the shooting at a congressional baseball game practice in June 2017 intensified his fears.

Spencer also said that Cohen and his team took advantage of these fears and that he was uncomfortable participating but wanted to learn techniques to protect himself.

Spencer has faced calls to resign and criticism from the Republican Party, including from Gov. Nathan Deal. Spencer, who lost his primary contest in May, told The Post that he intended to finish the last five months of his term.

“The actions and language used by Jason Spencer are appalling and offensive. There is no excuse for this type of behavior, ever, and I am saddened and disgusted by it.”

Spencer is one of several Republican lawmakers who have made controversial statements on the show. Many have later said they were “duped.”

In a previous episode, a group of current and former Republican lawmakers advocated arming young schoolchildren.

Here is Spencer’s statement to The Post in full:

“In 2017 I received countless death threats in connection with my introduction of legislation involving the wearing of masks. The threats escalated to the point that my wife received threatening phone calls concerning her and my children. I was very afraid for my safety and the safety of my entire family.

“Then, on June 14th, a gunman opened fire at members of Congress on a baseball field. I knew people on that field. Now, the fears I already had became more intensified as the reality of my family being targeted by a similar, deranged, would-be assassin became even more possible. I was in such a poor state of mind that my wife and I also undertook marriage counseling with a licensed therapist during this time.

“Sacha Baron Cohen and his associates took advantage of my paralyzing fear that my family would be attacked. In posing as an Israeli Agent, he pretended to offer self-defense exercises. As uncomfortable as I was to participate, I agreed to, understanding that these ‘techniques’ were meant to help me and others fend off what I believed was an inevitable attack.

“My fears were so heightened at that time, I was not thinking clearly nor could I appreciate what I was agreeing to when I participated in his ‘class.’ I was told I would be filmed as a ‘demonstration video’ to teach others the same skills in Israel. Sacha and his crew further lied to me, stating that I would be able to review and have final approval over any footage used.

“I deeply regret the language I used at his request as well as my participation in the ‘class’ in general. If I had not been so distracted by my fears, I never would have agreed to participate in the first place.

“I apologize to my family, friends, and the people of my district for this ridiculously ugly episode. Finally, there are calls for me to resign. I recently lost my primary election, so I will not eligible to hold office next term. Therefore, I will finish the remaining five months at my post and vacate my seat.”