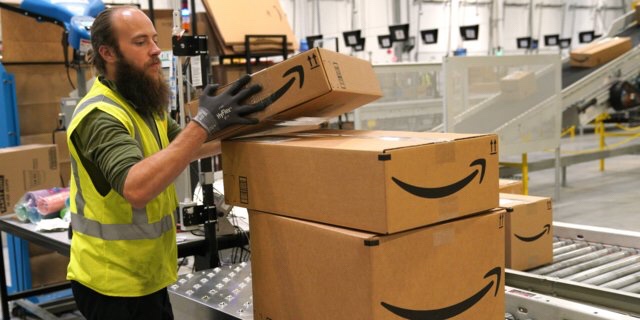 They say “labor shortage” like it’s a bad thing.

“America’s labor shortage is approaching epidemic proportions, and it could be employers who end up paying,” CNBC reported this week. That was before yet another monthly jobs report showing solid growth in jobs and wages.

I always find this framing to be backward. A “labor shortage” is good news: It means it’s easier for unemployed people to find jobs, more appealing for people who quit the workforce out of frustration to get back in, and likelier that companies will decide they must pay higher wages to attract talent.

In theory, we could reach a point where upward wage pressure led to an inflationary spiral, with companies raising prices so they can afford to pay higher wages, and those higher prices eating up much of the wage increases. But we’re far from that point, with corporate profits still high as a share of the economy.

For now, the “labor shortage” is very good news for workers, and we should root for it to continue.

A labor shortage is great for workers

Annie Lowrey recently reported for The Atlantic from Iowa, where the “labor shortage” is considerably more acute than it is nationally.

She spoke with a co-owner of a pizzeria chain who has raised wages and started offering more vacation to attract workers. She spoke with the human resources director at a retirement community, who is hiring and training high-school students for jobs where she would have previously relied on college students.

These two stories reflect how, in a “labor shortage,” two key human capital problems in the economy start to fix themselves.

One problem is that not enough of the benefits of economic growth have been accruing to workers. If workers are scarce, wages have to go up, and that means workers get a larger share of the economic pie.

The other supposed problem is “skills mismatch,” where firms would like to hire but can’t find employees with the right skills. In an environment of rising wages, it suddenly becomes possible to match skills again.

Workers have a greater incentives to get new training, because they can expect a job with a good wage to result. And firms have reason to take on more responsibility for training workers, to avoid the rising cost to find an employee who’s already trained.

A labor shortage is also an antidote to needless credentialism in the economy.

When unemployment is high, firms get picky, requiring a college degree for a job that used to require a high school diploma, or screening out employees with criminal records or long spells of unemployment. When workers are scarce, employers are forced to find ways to be more flexible about who they hire — and that means the economy works better for a broader swath of people.

Unfortunately, labor is not yet all that scarce

Often, news articles about corporate efforts to hire in a tough market show companies dodging a central issue — that is, trying to find any way to hire workers in a hot market without paying more.

Partly, this reticence to raise wages reflects the stickiness of wages — employers know if they raise wages now, it will be very hard to cut them if the economy goes south. If they’re going to pay more, they have to be confident they’ll be hungry for workers for years to come, not just today.

Companies eventually exhaust every option besides wage increases. And as Lowrey reported from Iowa, we can eventually get to “eventually.”

But in much of the country, “eventually” remains in the future: Companies are having some trouble hiring, but they’re still waiting to pull the trigger on serious wage hikes.

National wage growth has improved somewhat over the last two years, now running at 2.7% annually, but it’s still not as high as you’d expect if companies were really desperate to hire — and it hasn’t been high enough for long enough to offset the wage erosion workers experienced in the recession.

It’s not time yet to ‘address’ the labor shortage

When we hear about the labor shortage “problem,” especially in the financial press, the subtext is often a question about what the government will do about it. How can we help companies get more workers at the wages they’d like to pay? Will the government issue more guest-worker visas? Will the Federal Reserve raise interest rates to cool the economy?

This is exactly the wrong set of questions, and one that’s driven by the disproportionate influence of business owners in the political process.

Company owners lose out on some profits when they have to pay more, but their concerns are only partly selfish — they can undoubtedly identify business expansions they might undertake if wages were lower, but that are unprofitable at high wages.

Still, there are two problems with the fixation on lost business growth due to high wages. One is that it imagines a counterfactual world with slower-rising wages and still-high consumer demand, when faster-rising wages are one of the factors that underwrites consumer demand to begin with. Would businesses really be better off with slower wage growth if it also meant fewer customers?

The bigger problem is that most people work for a living, and higher wages are properly a greater priority than higher business investment for most of the public.

A labor shortage is undoubtedly a headache for some owners and managers. But it’s one they should, hopefully, be made to live with for a few years.