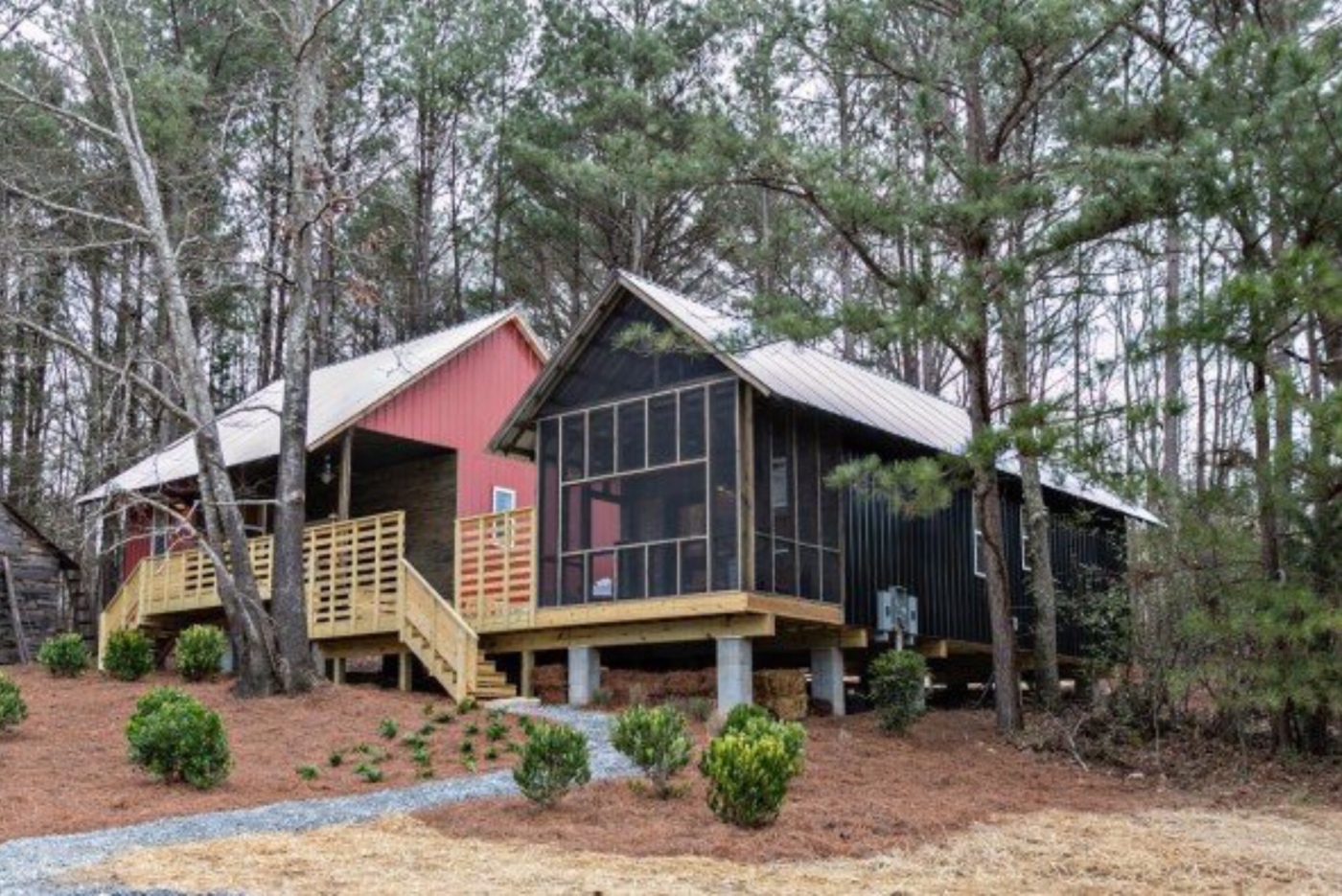 For over a decade, architecture students at Rural Studio, Auburn University’s design-build program in a tiny town in West Alabama, have worked on a nearly impossible problem. How do you design a home that someone living below the poverty line can afford, but that anyone would want–while also providing a living wage for the local construction team that builds it?

In January, after years of building prototypes, the team finished their first pilot project in the real world. Partnering with a commercial developer outside Atlanta, in a tiny community called Serenbe, they built two one-bedroom houses, with materials that cost just $14,000 each.

The goal: To figure out how to bring the ultra-low-cost homes, called the 20K Home, to the broader market. “We’re in a kind of experimental stage of the program, where we’re really trying to find out the best practice of getting this house out into the public’s hands,” says Rusty Smith, associate director of Rural Studio. “Really this first field test was to find out all the things that we didn’t know, and to find out all of the kind of wrong assumptions that we had made, and really find out how we had screwed up, honestly.”

Years of architecture students, and their advisors, have spent more than a hundred thousand hours tweaking each detail of the house to optimize both the function and the price. But the bigger challenge is fitting a house that’s completely different than normal into the existing system of zoning, and codes, how contractors do their jobs, and even mortgages.

“The houses are designed to appear to be sort of normative, but they’re really high-performance little machines in every way,” says Smith. “They’re built more like airplanes than houses, which allows us to have them far exceed structural requirements. … We’re using material much more efficiently. But the problem is your local code official doesn’t understand that. They look at the documents, and the house is immediately denied a permit simply because the code officials didn’t understand it.”

The foundation of the house, for example, uses cantilevers, seesaw-like joists that help save wood and concrete and actually make the house stronger than a typical foundation would. But the design isn’t in the usual guides that code officials consult, so the architects had to go back and explain how it worked.

To bring the house to everyone else who wants to build it, the team realized they would have to create a detailed guide that explained everything from how to build each piece–with Ikea-like instructions–to how to educate local officials.

In Serenbe, their first problem was a zoning issue: The houses were too small. (It’s a common problem for anyone trying to build a tiny home.) But they also realized there were numerous other issues, from dealing with insurance, to the bank. In the pilot project, the homes will be owned by the community and shared with artists as part of a residency program. But in a typical case, when someone is buying the house on a limited income and can’t afford the $20,000, banks won’t finance a mortgage for such a small amount of money.

The most daunting problems aren’t brick and mortar problems, they’re these network and system problems.

Regions Bank, which works with Rural Studio, told Smith that a mortgage for a $100,000 house costs the bank about $2,300. But a mortgage for a $20,000 house also costs $2,300. “There’s a lack of scalability,” Smith says. “There are these structural things you can only scale down so far.” Now the bank has worked on their own design problem: a new mortgage product made for the poorest people to afford.

The team is trying to address all of the issues the house faces at once. “The most daunting problems aren’t brick and mortar problems, they’re these network and system problems that are threaded together and all intersect in the built environment,” he says. “We’re able to attack all these problems simultaneously–when we see a lever over here and wiggle it, we can very clearly see the implication it has on other systems down the road.”