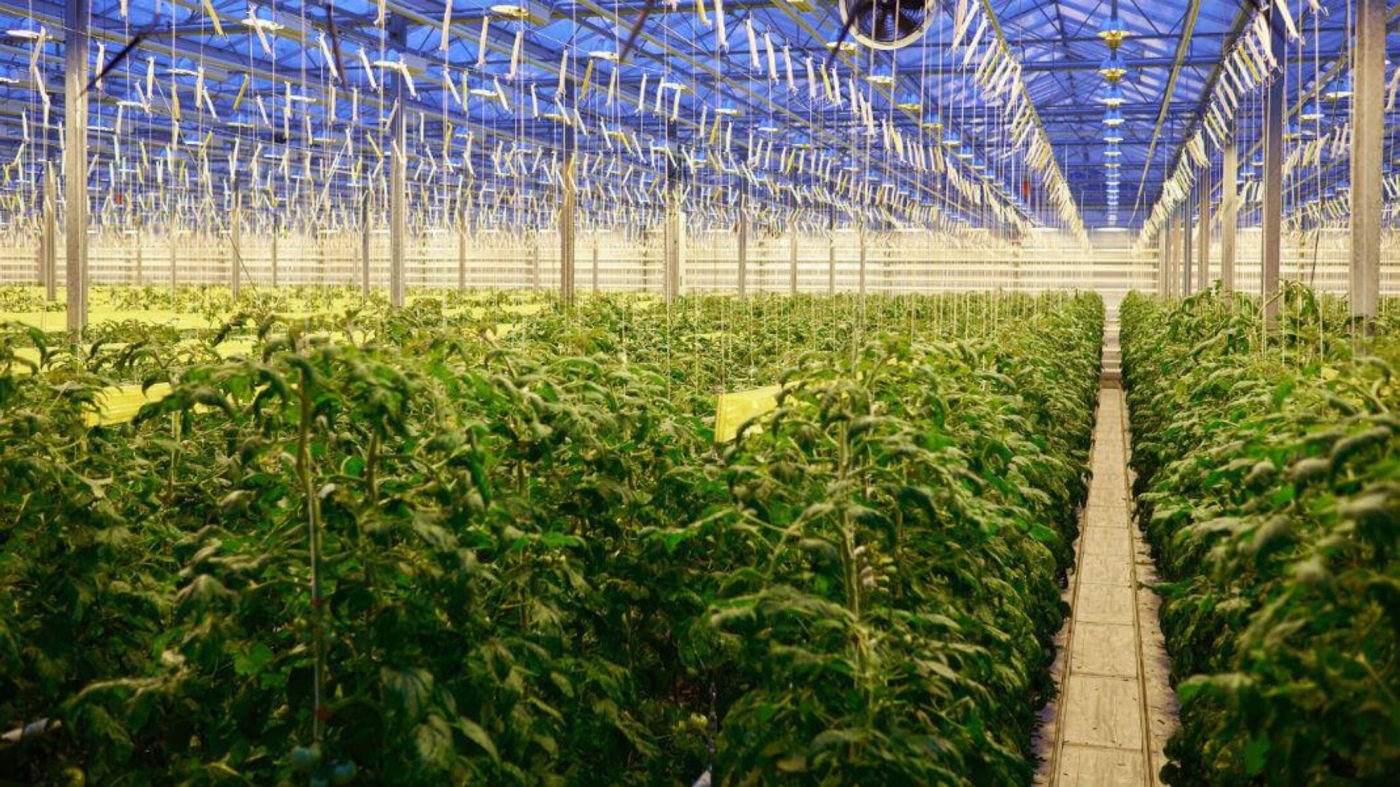 From a first-principles perspective, the task of feeding eight billion people boils down to converting energy from the sun into chemical energy in our bodies.

Traditionally, solar energy is converted by photosynthesis into carbohydrates in plants (i.e., biomass), which are either eaten by the vegans amongst us, or fed to animals, for those with a carnivorous preference.

Today, the process of feeding humanity is extremely inefficient.

If we could radically reinvent what we eat, and how we create that food, what might you imagine that “future of food” would look like?

Where we grow our food…

The average American meal travels over 1,500 miles from farm to table. Wine from France, beef from Texas, potatoes from Idaho.

Imagine instead growing all of your food in a 50-story tall vertical farm in downtown LA or off-shore on the Great Lakes where the travel distance is no longer 1,500 miles but 50 miles.

Delocalized farming will minimize travel costs at the same time that it maximizes freshness.

Rather than allowing the vagaries of the weather and soil conditions to dictate crop quality and yield, we can now perfectly control the growing cycle.

LED lighting provides the crops with the maximum amount of light, at the perfect frequency, 24 hours a day, 7 days a week.

At the same time, sensors and robots provide the root system the exact pH and micronutrients required, while fine-tuning the temperature of the farm.

Such precision farming can generate yields that are 200% to 400% above normal.

Next let’s explore how we can precision-engineer the genetic properties of the plant itself.

What food do we grow?

A fundamental shift is occurring in our relationship with agriculture. We are going from evolution by natural selection (Darwinism) to evolution by human direction.

CRISPR (the cutting edge gene editing tool) is providing a pathway for plant breeding that is more predictable, faster and less expensive than traditional breeding methods.

Rather than our crops being subject to nature’s random, environmental whim, CRISPR unlocks our capability to modify our crops to match the available environment.

Further, using CRISPR we will be able to optimize the nutrient density of our crops, enhancing their value and volume.

CRISPR may also hold the key to eliminating common allergens from crops. As we identify the allergen gene in peanuts, for instance, we can use CRISPR to silence that gene, making the crops we raise safer for and more accessible to a rapidly growing population.

Yet another application is our ability to make plants resistant to infection or more resistant to drought or cold.

Helping to accelerate the impact of CRISPR, the USDA recently announced that genetically engineered crops will not be regulated—providing an opening for entrepreneurs to capitalize on the opportunities for optimization CRISPR enables.

CRISPR applications in agriculture are an opportunity to help a billion people and become a billionaire in the process.

Something like a third of the Earth’s arable land is used for raising livestock—a massive amount of land—and global demand for meat is predicted to double in the coming decade.

Today, we must grow an entire cow—all bones, skin, and internals included—to produce a steak.

Imagine if we could instead start with a single muscle stem cell and only grow the steak, without needing the rest of the cow? Think of it as cellular agriculture.

Imagine returning millions, perhaps billions, of acres of grazing land back to the wilderness? This is the promise of lab-grown meats.

Lab-grown meat can also be engineered (using technology like CRISPR) to be packed with nutrients and be the healthiest, most delicious protein possible.

We’re watching this technology develop in real time. Several startups across the globe are already working to bring artificial meats to the food industry.

JUST, Inc. (previously Hampton Creek) run by my friend Josh Tetrick, has been on a mission to build a food system where everyone can get and afford delicious, nutritious food. They started by exploring 300,000+ species of plants all around the world to see how they can make food better and now are investing heavily in stem-cell-grown meats.

Backed by Richard Branson and Bill Gates, Memphis Meats is working on ways to produce real meat from animal cells, rather than whole animals. So far, they have produced beef, chicken, and duck using cultured cells from living animals.

Vertical farming and cellular agriculture are reinventing how we think about our food supply chain and what food we produce.

The next question to answer is who will be producing the food?

Let’s look back at how farming evolved through history.

Farmers 0.0 (Neolithic Revolution, around 9000 BCE): The hunter-gatherer to agriculture transition gains momentum, and humans cultivated the ability to domesticate plants for food production.

Farmers 1.0 (until around the 19th century): Farmers spent all day in the field performing backbreaking labor, and agriculture accounted for most jobs.

Farmers 2.0 (mid-20th century, Green Revolution): From the invention of the first farm tractor in 1812 through today, transformative mechanical biochemical technologies (fertilizer) boosted yields and made the job of farming easier, driving the US farm job rate down to less than two percent today.

Ten farm-in-a-shipping-containers in a Brooklyn parking lot represent the first Square Roots campus. Each 8-foot x 8.5-foot x 20-foot shipping container contains an equivalent of 2 acres of produce and can yield more than 50 pounds of produce each week.

For 13 months, one cohort of next-generation food entrepreneurs takes part in a curriculum with foundations in farming, business, community and leadership.

The urban farming incubator raised a $5.4 million seed funding round in August 2017.

Training a new breed of entrepreneurs to apply exponential technology to growing food is essential to the future of farming.

One of our massive transformative purposes at the Abundance Group is to empower entrepreneurs to generate extraordinary wealth while creating a world of abundance. Vertical farms and cellular agriculture are key elements enabling the next generation of food and agriculture entrepreneurs.

Ultimately, technology has enabled a massive variety of food at a significantly reduced cost and with fewer resources used for production.

And that means a world with abundant, nutritious, and inexpensive food for every man, woman, and child.

What an extraordinary time to be alive.