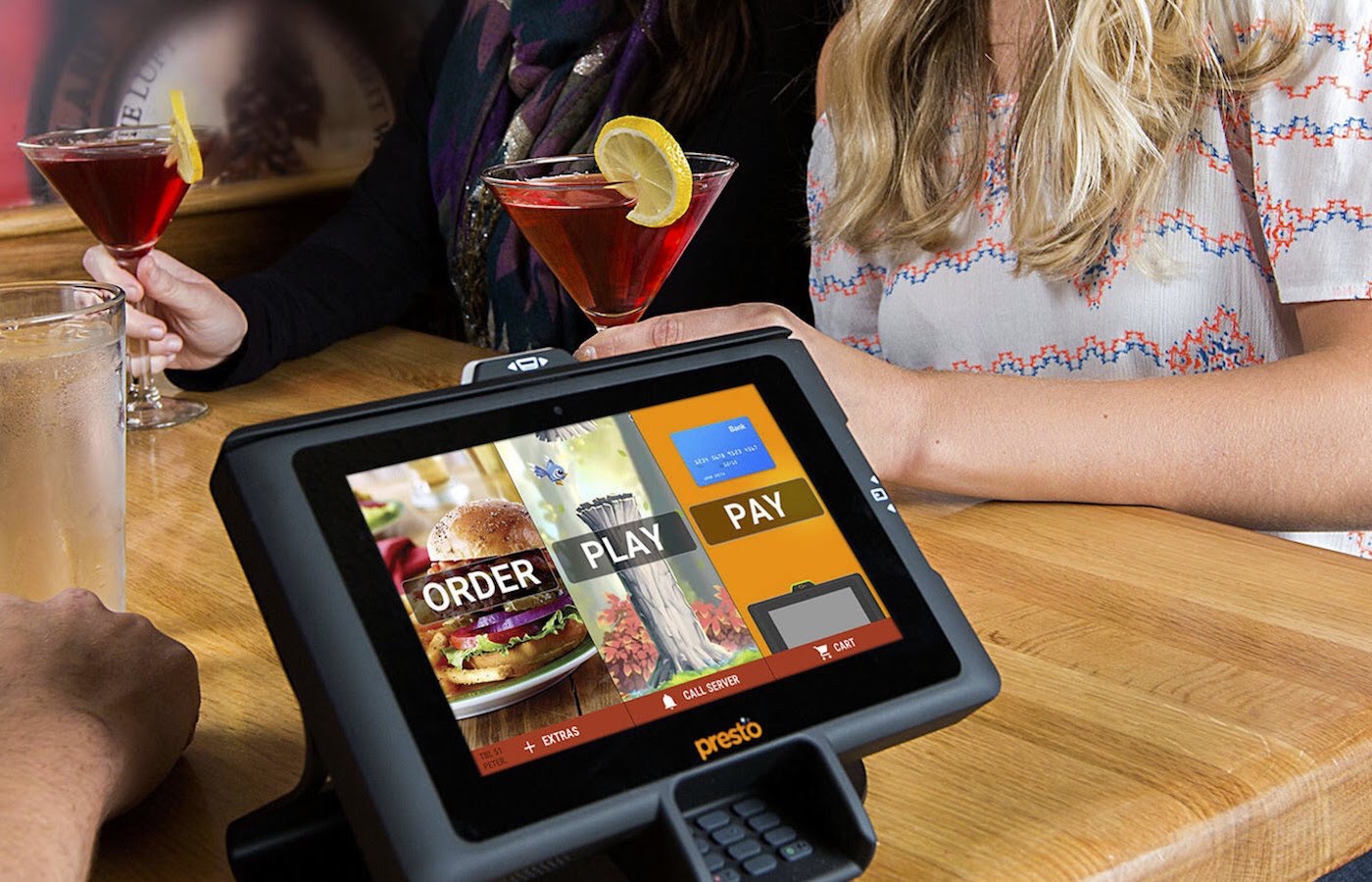 Over the past few years, a new fixture has popped up on restaurant tables next to the ketchup bottles and salt shakers: tablets. iPads and their ilk are now a common sight on tabletops at numerous restaurants, from fast-casual burger chains to pillars of the casual-dining sector like Olive Garden and Chili’s.

Putting tablets on tables is intended to speed up service by enabling diners to perform various tasks such as ordering food or paying their check without having to wait for their server to appear. In theory, they allow restaurants to turn tables more quickly and serve more guests. Now that such systems have been in place for a few years, chains are finding that tablets are a valuable tool in their technology arsenal.

Applebee’s installed tablets at its restaurants in 2014, and they’re now found on every table at all of its nearly 2,000 U.S. locations. “More than 70 percent [of Applebee’s diners] interact with the tablets, and more than 50 percent of those guests will use it for payment,” Charlie Jones, executive director of digital and guest-facing technology for Applebee’s parent company DineEquity, told a crowd at this year’s MUFSO conference presented by Nation’s Restaurant News. Jones estimates that 30 percent of the chain’s transactions now come from tablets.

In addition to self-order and pay features, the Presto-branded tablets used at Applebee’s come loaded with games that guests can (fork over $1.99 to) play during their meal. Jones says only 15 percent of diners use the tablets to play games during their meal, but all those small transactions add up — and mean that the tablets basically pay for themselves.

(Don’t expect tabletop tablets to start appearing at DineEquity’s other brand, IHOP, though: Jones explained that the tables are already too crowded with syrup bottles, coffee carafes, and the multiple plates that a full breakfast spread typically occupies.)

Steve Weigel, CEO of Cerca Trova, which as the largest Outback Steakhouse franchisee in the nation operates more than 100 stores, said that the tabletop tablets enable their restaurants to cut labor costs by “one or two percent,” and run fewer servers per night who are each making more money.

There’s been a fair amount of concern that tablets would put human servers out of jobs, but thus far Outback and other casual dining chains say they are using tablets as server’s assistants: Human servers still interact with the tables and lead service, but diners can use them for common requests like ordering drink refills and closing out their tab. (Other restaurants, such as TGI Fridays and Chuck E. Cheese, take a different approach: Instead of tabletop tablets, servers are equipped with handheld tablets that send orders to the kitchen in real time.)

Some worried that tabletop tablets would result in lower gratuities for servers, since people would be less inclined to tip humans when computers are doing part of the work, but that doesn’t appear to be the case. In fact, tips have stayed steady or even increased, thanks to the ease of tipping via tablet: Diners can typically tap just one button to automatically apply a tip of the industry standard 20 percent, which is easier than manually entering a smaller tip. Tips are likely also higher thanks to diners’ increased satisfaction with service — e.g., their ability to pay their check at will rather than having to wait around for the tab to be dropped.

Restaurants are also seeing increased check averages when tablets are in use. Weigel noted that dessert sales are up at Outback, because diners can now order it with just a touch of a button — eliminating any potential sheepishness that may come along with asking a server for, say, a slice of chocolate cake after inhaling a Bloomin’ Onion and a steak. Ziosk, which provides the tablets for Outback, Chili’s, and a number of other chains, claims its clients have seen a 30 percent overall increase in dessert sales.

Across the board, restaurants are finding that tabletop tablets are also serving as a valuable data gathering tool. Presenting a post-meal survey for diners to fill out electronically as part of the payment process provides the restaurants with useful feedback on food and service, and in some cases guests who want to provide more specific feedback — such as complaining about cold fries or praising a staff member — can send emails directly to management, which is a much smaller hurdle than actually flagging down a manager to speak to face-to-face. (But while restaurants may love collecting data on their guests, that aspect can be less than great for diners: Inputting personal information into internet-connected devices always comes with inherent risks, as the rash of recent data breaches illustrates.)

The self-order and pay trend continues to spread, with some unexpected restaurants getting on board: Shake Shack, the rapidly expanding burger chain that’s long touted founder Danny Meyer’s concept of “hospitality first,” announced this week that a forthcoming downtown Manhattan location will eliminate human cashiers in favor of cashless, touch-screen order kiosks.