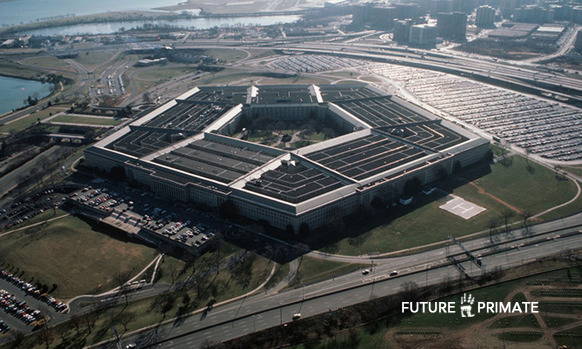 Those are the sobering themes of a new report on climate change, authored not by scientists or environmentalists, but by uniformed personnel at the US Department of Defense.

“The loss of glaciers will strain water supplies in several areas of our hemisphere,” US Defense Secretary Chuck Hagel said Monday during a visit to Arequipa, Peru for the Conference of the Defense Ministers of the Americas. “Destruction and devastation from hurricanes can sow the seeds for instability. Droughts and crop failures can leave millions of people without any lifeline and trigger waves of mass migration.”

‘It’s not a political issue for the military and hopefully that will be reflected in how policy-makers approach the problem.’

The report — the 2014 Climate Change Adaptation Roadmap, which was released during Secretary Hagel’s visit to Peru — proposes steps America’s armed forces should take to identify and plan for the impacts of global climate change. It comes as NASA announced on Monday that September 2014 was the hottest September on record, making it increasingly likely that 2014 will become the warmest year ever documented.

“For the first time the Department of Defense is significantly engaging with the implications of climate change, specifically what to do now in terms of adapting to a new global threat,” Andrew Holland, senior fellow for Energy and Climate at the American Security Project, told VICE News.

Holland says the report is not revolutionary. The Pentagon has been assessing the potential impacts of climate change for many years. What is novel about the roadmap, he says, is its emphasis on climate change as an immediate national security concern, one that should be discussed in the present rather than the future tense. And, he said, the document presents climate change as a risk not only to military personnel and equipment but to the well-being of the nation as a whole.

It remains to be seen what — if any — influence the report will have on America’s political class, much of which defers to the Pentagon on many issues but has resisted policies for cutting greenhouse gas emissions or preparing for rising oceans and warmer temperatures.

Francesco Femia, co-director at the Center for Climate and Security, told VICE News: “It’s not a political issue for the military and hopefully that will be reflected in how policy-makers approach the problem.”

‘The politics of climate change are so weird right now.’

This sentiment is shared by Rhode Island Senator Sheldon Whitehouse, who co-chairs the Bicameral Task Force on Climate Change and has been an outspoken advocate for federal action aimed at addressing global warming.

“Our military leaders have for years warned of the serious threat climate change poses to our national security,” Sen. Whitehouse told VICE News. “The military’s new climate adaptation roadmap presents another opportunity for Republicans in Congress who deny or ignore climate change to reassess their priorities. They face a simple question: Do they trust the big polluters, or do they trust our nation’s military sworn to defend us from harm?”

Holland said the Pentagon report is unlikely to be a transformative political moment in the near-term. He added, however, that retired and active duty military personnel have begun to speak out over the past several years about climate change, which is having an impact on otherwise skeptical audiences, albeit not yet within the Beltway.

“The politics of climate change are so weird right now,” Holland told VICE News. “I’d like to think that having real, credentialed national security voices talk about the threat of climate change would make a difference. But I just don’t know if it’s trickling up yet to politicians and policy-makers.”

“For them,” Holland added, “climate change is still an energy problem rather than a national security problem.”