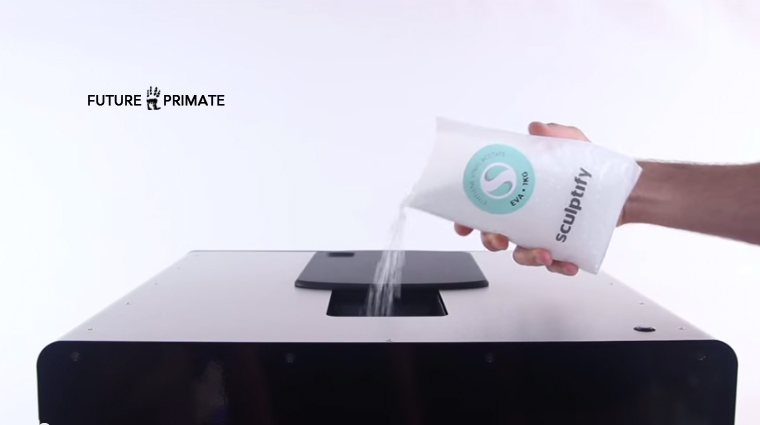 If traditional printers use ink and toner cartridges, most commercial 3D printers use plastic filament spools to create the objects you want. These filaments, however, are typically made from plastic pellets, so an Ohio company called Sculptify thought: “Hey, why don’t we make a 3D printer that uses pellets straight up?” Thus, David, a 3D printer loaded with open source software, was born. David can print objects using a number of soft and flexible materials, such as Polylactide (PLA) and ethylene vinyl acetate (EVA), though it can surprisingly use wood, as well. Since pellets are usually much cheaper than filaments (according to Sculptify, a 2-pound bag of pellet costs around $18, while a 2.2-pound spool costs roughly $48), you’ll be saving quite a bit of money.

“…using pellets allows for access to a wide variety of unadulterated materials, stripped of several layers of cost and time,” the Sculptify team wrote on their Kickstarter campaign page to raise funds for David’s production. “In short, you get to print with higher quality materials, for less money.” Before you get to enjoy the savings, though, you’ll first have to pay a considerable amount up front, as you can only get a unit for a minimum pledge of $2,745. If the team manages to raise $100,000 via Kickstarter, they plan to use the money to finalize David’s hardware and to purchase whatever else they still need for mass production. Sculptify expects to ship out the first units by April 2015 if the campaign ends up a success, but for now, you can watch David do its job in the videos below.