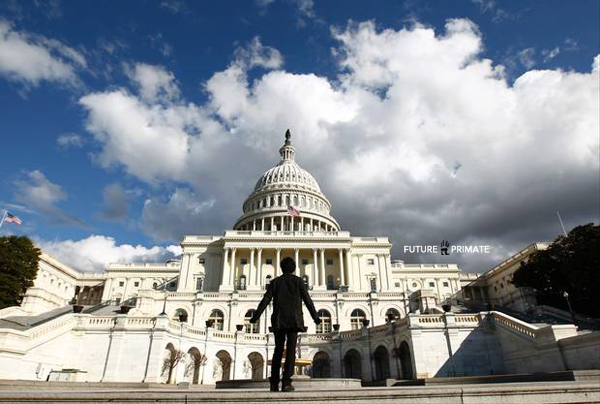 Wikipedia has been forced to ban users inside the US Congress building from making edits to the collaborative encyclopedia, after at least one member of staff began trolling the site.

A number of edits, apparently made in jest, have been picked up by the automatic twitter bot Congress Edits, which monitors Wikipedia for changes to the site made by accounts with IP addresses coming from inside the US legislature.

For instance, one such edit changed the Wikipedia page for Reptilians, the lizard people who are the subject of numerous conspiracy theories which say that they control everything from the British monarchy to the American government.

The wag added the line “these allegations are completely unsubstantiated and have no basis in reality,” which was duly tweeted out by the account.

Other edits accused the Cuban government of faking the moon landings, and named the former defense secretary Donald Rumsfeld as an alien wizard.

It seems that those edits were the final straw for Wikipedia’s administrators, who implemented a 10-day ban on any changes coming from one particular IP address within the US Congress, “due to disruptive editing originating from that address”.

Users within the legislature can still edit the site if they sign up for an account – and other IP addresses within Congress also still work.

Congress Edits is indirectly the brainchild of journalist and coder Tom Scott. In early July, Scott created Parliament Edits, a Twitter account tracking anyone making edits to Wikipedia from a parliamentary computer.

Scott’s creation followed in the footsteps of numerous news stories of embarrassing edits to Wikipedia coming from within the House of Commons.

Someone added information about MP Mark Pritchard’s divorce; someone excised a “controversy” section from Andy Burnham’s page entirely; and someone cleared references to Lord Razzil’s shareholdings in an African mining company.

There have been at least 5,900 edits from parliamentary IP’s in the past decade.

Scott also released the code to the Parliament Edits bot, allowing similar accounts to be set up for other nation’s legislatures.

Those led to their own stories: In mid-July, the Russian clone, RuGovEdits, discovered that someone inside the Russian government was editing the Wikipedia pages referring to the attack on MH17, changing the text to accuse Ukrainian soldiers of downing the Malaysian Airlines plane.