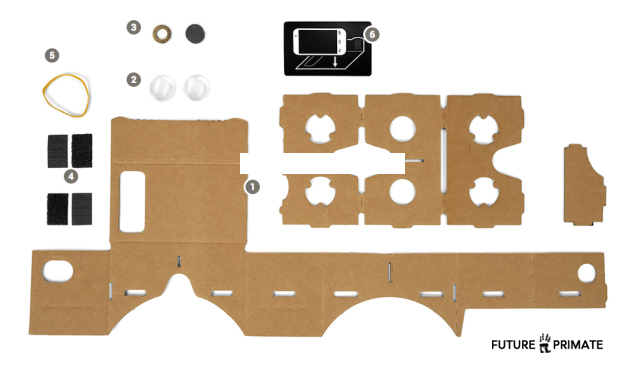 Want a virtual reality headset, but can’t afford the hefty pricetag on most existing models (or to hold out for the future)? Google dropped an inexpensive solution today following its I/O keynote: Google Cardboard, an app that lets Android users transform their phones into VR headsets with the help of a DIY cardboard viewer.

It’s not exactly the Oculus Rift, but who cares what the outside looks like if the virtual reality experience is any good? The Cardboard app lets users watch YouTube, virtually carouse on Google Street View or virtually scale the Himalayas with Google Earth, among other immersive demos. But first, you have to put your cardboard viewer together. Google provided directions to put together the viewer, which is made from cardboard, velcro, magnets, and lenses (NFC tag optional).

If you’re curious, the app is available here, and cardboard is available at your local hardware store, and probably some local recycling bins. Google recommends using corrugated cardboard, so your headset will probably look wonky if you try to use something you actually found in the garbage.